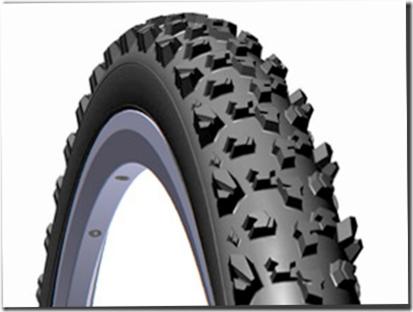 Question for you:  Have you ever heard of Rubena…. no, not that black currant flavoured cordial,    Rubena….?

Neither had I but apparently they make tyres and not only that, they are the “largest tire manufacturer to mass produce in Europe” and have a “history dating back to 1923”.  Enough, however,  of the history lesson, why did I ask the question in the first place?

Paul from our good friends Grays Motorcycle Centre sent me a pair of Rubena’s latest budget knobby for review on the site and that folks is why we are here!

Before the tyres (not tires) arrived I had a quick squiz of the websitewww.rubenatires.com and found the Neptunes proclaiming to be great in the classic “dust over crust” conditions and being “great in dryer environments with dusty features”.  Not a good start I thought.  As you may have noticed Noah would be relatively at home with the current conditions we have around this area and “dry” was certainly not an adjective I would have used about any of the trails I would be testing these tyres on.  I put this to the back of my mind and awaited the tyre’s arrival.

Sunday came, tyres in hand, I got the wheels off my bike (which incidentally had brand new rubber on but more of that later).  I noticed 2 things immediately; firstly the tyres were relatively heavy but I put that down to their budget credentials, wire bead and 22TPI so no surprise and not an issue, Secondly the rubber tread seemed very soft and pliable compared to my previous tyres, this proved itself in a few ways during the test.  Tyres went on with no problem to my Mavic 317 Rims without the need for levers and having shod the rear with a 1.9 and the front with a 2.1 (on Paul’s advice) I was ready for the trails.

On the bike, my first impression was not great, riding on the road from my house to our regular Monday night ride meeting point, the tyres felt squishy and certainly not confident in the more leany corners also giving me quite a large amount of drag.  This, I’m sure, was a combination of the relatively low pressures (35psi) and that soft compound on the large side blocks. I think more pressure might fix most of this but these are not for the road anyway so I’ll forgive them for now.

We set off into the darkness, 1000’s of collective Lumens lighting our way (Light tests coming soon by the way) and into the mud.

My second impression (my first of the mud) could not have been further from my first impressions on the road.  I had grip, not just “all round with a little bias towards mud” grip I had from my brand new tyres I used on the same trails last week, but proper grip.  Remember Rubena say these tyres are “great in dryer environments with dusty features” and I’m now in several inches of thick mud, puddles, slippery grassy areas and gravel, over all of which I felt more confident than I had previously.  The 1.9 rear slipped less in the sloppy stuff and gave me more traction on the climbs than I had previously had and the front 2.1 with the large outer knobs provided a confidence inspiring level of grip when cornering in almost all conditions.  The two exceptions to this grip being on the road and over tree roots which of course are slippier than a Teflon coated banana skin.

I went out again on these tyres for another 15 or so miles last night and it was more muddy still, nicely finished off by the last 4 miles being in the driving rain (Noah would have been proud).  I have to say for the £12 each (yes you read that correctly) that these tyres cost, they can happily come two by two onto my ark when conditions are as they are now.

If you are after a budget tyre that can cope with the mud and give you confidence in very tricky conditions, then the Rubena Neptune should be on your shopping list.  Currently in stock and a wallet friendly £12 at Grays Motorcycle Centre.  Mine are certainly not going back !

As a direct comparison after I finished my race running on the Bontrager XR3 all round tyres, I sneaked another practise lap using the Rubena Neptune mud/loose tyre. The tyre is in their classic range, so no thrills budget tyre, non folding and 22 tpi (thread per inch)makes it a little heavy, but when rolling seamed very grippy. The track was a mix of everything and this tyre was no worse than the Bontys which are 3 times the cost, they gripped on steep uphill soft ground climbs and fast downhill sand tracks. The only thing they didn’t work on was shiny wet tree roots, but find me a tyre that does and I’ll give you a golden goose egg. I ran the 2.1 on the front with a 1.9 on the rear.

So would I buy them, for racing probably not but only due to the weight, I’d spend a little more and buy the companies racing line tyres, but for a budget tyre riding round the local tracks this winter, I’d have them on my shopping list for sure.