Three of us raced this weekend in the U9 skills session and race.  Daniel Cavalla, Ethan Waldren and me Mason Porter.

My race weekend started Saturday at our home race Hadleigh when I went to the track with Dad to help set up ready for the racing on Sunday.  I was there with all the other volunteers and helped to put up the main tent and the Hadleigh MTB gazebo.  I also went and watched some of the older racers practicing on triple trouble while i left Dad working.  I didnt know lots of people did so much before the race though. 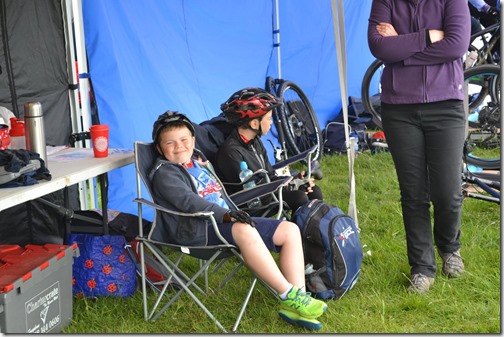 Sunday came and i had a good pre-race breakfast Weetabix mmmmmmm.  Dad took me and my bike in the car and we met Mummy and my sister later on who came to support us along with my nanny and granddad.

The skills session started at 10am and i was in a group with Daniel and Ethan.  The first part of our skills were how to go round the berms and tabletops. Our coach was teaching us to keep our outside pedal down on the berms to get the bike into the berms more for more grip, then keep the pedals in the ready position which is both feet level.  Once we finished we moved over to the pump track and the coaches were teaching us how to pump the bike over the humps.  I tried to pedal not very much but it was hard trying to use my arms and legs to push the bike along down the bumps.  Next was back to the skills area to do the rock garden, we did the section I normally ride up with Dad, but it was fun going down as well.  It was hard going down the rocks and keeping my arms floppy on my bike because i don't have front suspension.  Dad tells me Chris Hyde said it would be better for me to learn without front suspension though.  Once we finished it was race time after a break, i couldn't wait to get going though and Dad kept telling me to wait and get off my bike. 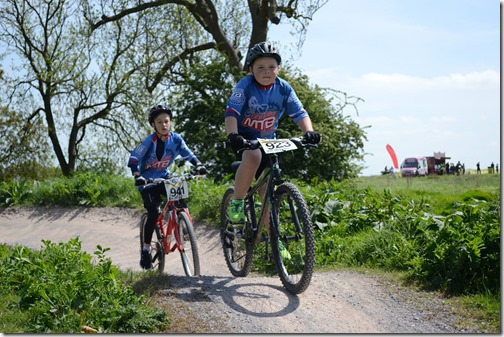 The race was fun and I think I went faster than last time at Carver Barracks thanks to practicing with the older boys.  I started in the middle of everyone next to Ethan and Daniel was at the back because he wasn't gridded. When we started i was worried about crashing into people so I let some go.  Dad says I should have just tried to go faster past them and not been so nice.  Once we had some space I went faster and I loved overtaking people when I had space taking one boy I didn't think I'd catch on the curved back part.  Daniel overtook me when i got stuck behind a wobbly girl but that was ok because he is in my team.  I don't know where any of us came, but I really really enjoyed racing and want to do it more and more.

Mason Porter (with a bit of typing help from Dad)