Although this race is not part of the Eastern Region series some of us in the Club decided to enter and venture south of the river for a change of scenery.  We arrived at PORC early and set off to find the event village and sign on for the race.  It was a long walk from the car park but we managed to find the event arena and then made the long walk back to collect our bikes and equipment. 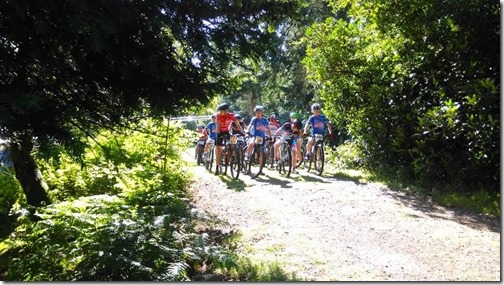 We then set off on a practise lap which included some very fast flowing downhills and some very steep uphills.  Once we arrived back in the arena we started to prepare for the race and warm up.  Soon it was time for gridding and Matt called us forward in no particular order with Harry and George on the front row and me on the second row with Wade behind me on the third row in the Youth race.  Behind us Adam was gridded in the Juvenile race.  The race for us was 4 laps long.

The whistle went to start the race and we all started to fight for positions up the first hill.  Groups started to form and gaps started to appear and we settled down for the 4 laps.  I was in the leading group closely followed by George with Wade and Harry behind him.  The race win came down to a sprint finish between me and 2 other riders, I came in third 2 seconds behind the winner and 1 second behind the second placed rider.  Then George came over the line in fifth, Wade in seventh and Harry in tenth.  Adam came 6th in the Juvenile race. 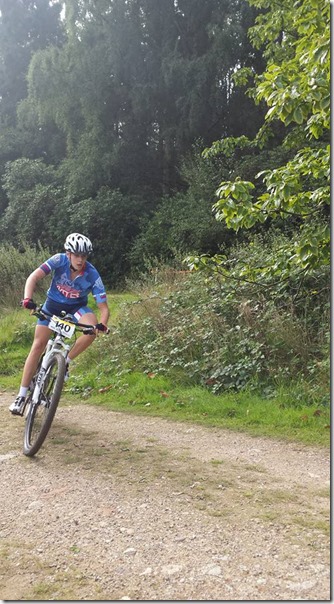 After our race had finished Mason and Daniel raced in the under 9 category.  Daniel came 1st with Mason in 7th place. Overall the day was a success with 2 Hadleigh boys on the podium. 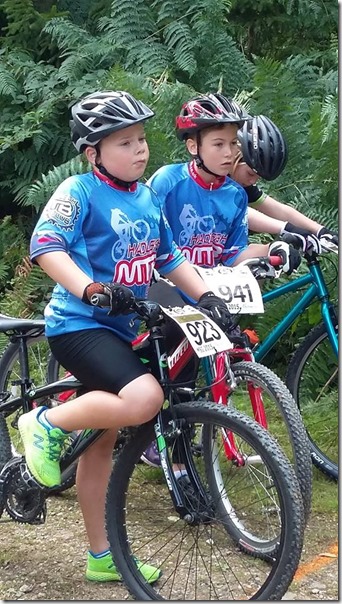 For the first event over in South East region it was well organised as usual by the Mud Sweat and Gears team.  Thank you to all our sponsors, Duck Smart, Hardnutz and Rubena.  I used the Hyperion tyres for this race and they gripped really well on the wet and slippery grass but still had enough speed on the flat dusty fire roads.