Round 5 of the MSG Eastern Region was at Hadleigh Park, Hadleigh, Essex. This was also the Regional Championships and it was at our home track!  In total across all the categories there were 27 people racing for Hadleigh Mountain Bike Club, from under 9s to Grand Veterans – which meant there were plenty of familiar faces to spot in the races.

It was a nice sunny morning and I got to the track early to do a warm up lap of the adult’s track – which was a good start to the day, as it was very hilly with lots of technical features.

I took part in the under 12s training which started at 10am.  I was in the same group as Mason and Arthur from the club – we had good fun practicing manuals over the ramps and hill climbing.  Whilst doing the training I could see the morning racers doing triple trouble – I could see that racers taking the ‘A’ line were considerably faster than those taking the ‘B’. 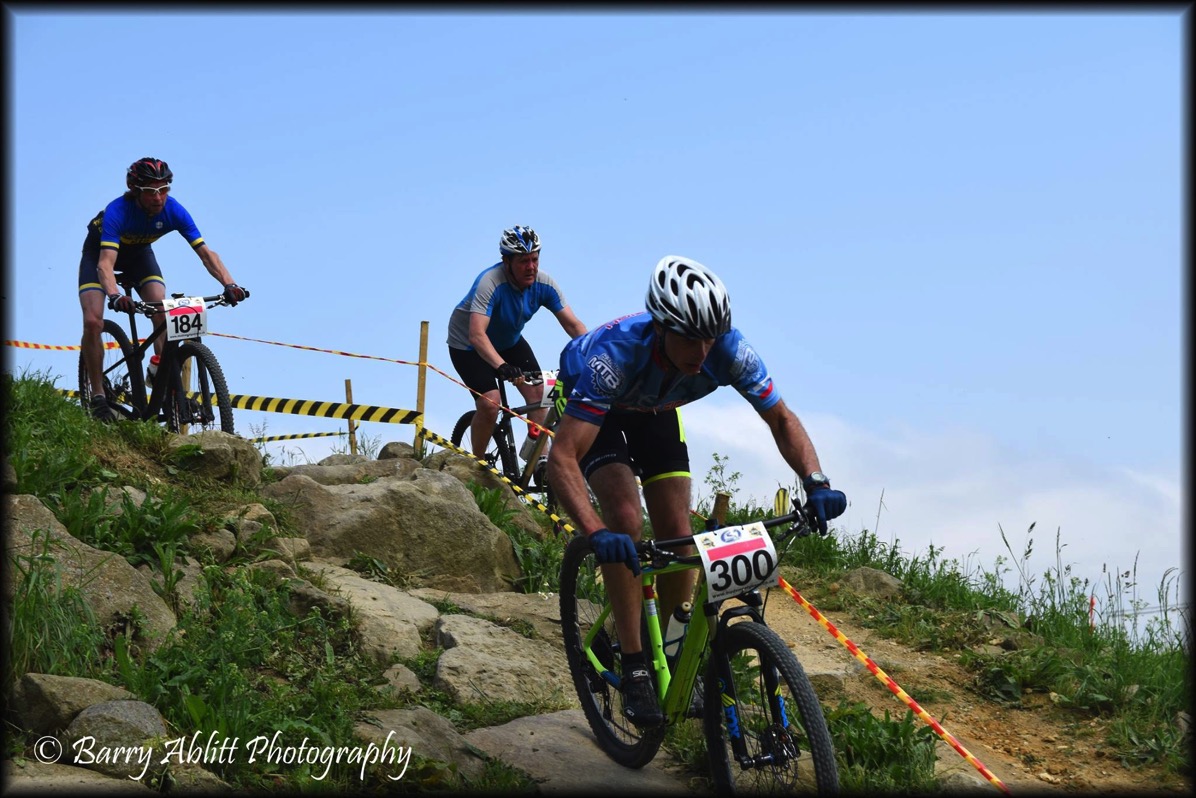 After the training I had half an hour’s rest in the sunshine, relaxing before my race.

I was very nervous waiting to be gridded for the start. Once the race started it was a sprint to the first long downhill section, which had a sharp right hand turn at the bottom.  When I got to oak tree descent there was a slight downhill and then a sharp turn, the person in front of me slowed down so I had to stop, and the person behind me then crashed into me causing me to come off.  I quickly jumped back on my bike and carried on with the race. I think the support from the club marshals and members around the track helped me to move up to 11th place - which is my best of the season!

It was good to see George and Sue on the podiums – both Eastern Region champions.

I spent the rest of the afternoon watching the adult races from different places around the track.  Jake’s shoe broke during his race meaning he had to go into the technical zone to change into one of Connors shoes!

It was a fun day with some great results for the club.

Thank you to Mitas and Hardnutz for their support.