The weekend of 30th/31st July was one of the best of my racing career so far.  On the Saturday I rode a couple of practice laps of the Hadleigh Park course alongside some of the world's best, including Nino Schurter and Jolanda Neff.  At the end of my practice I met and had my photo taken with Nino Schurter, Jolanda Neff and Jenny Rissveds. 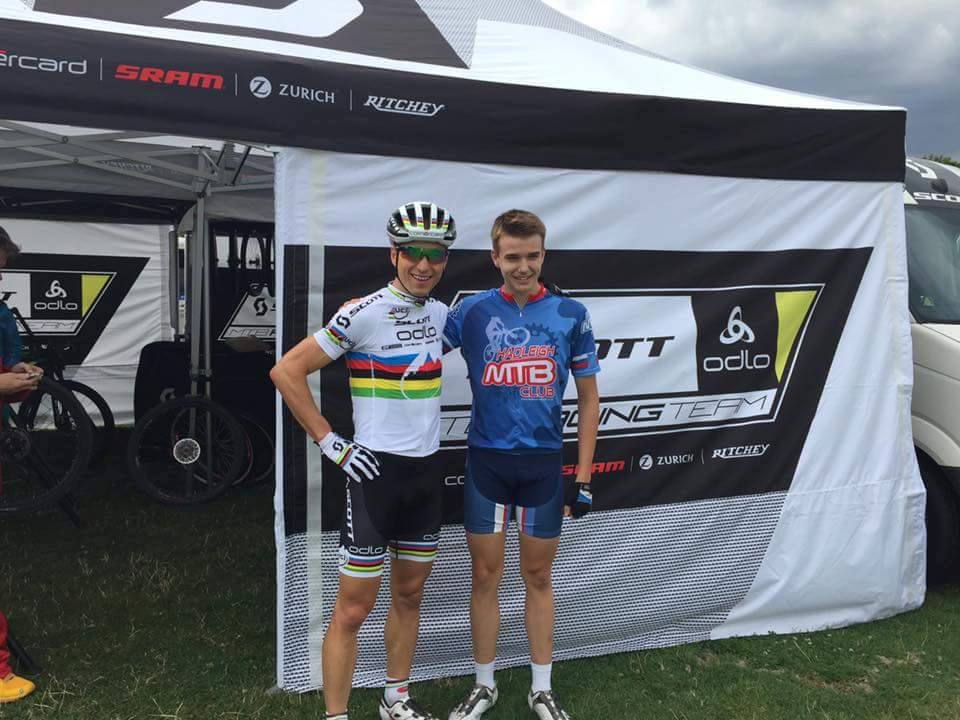 Sunday morning I arrived at the track early and signed on for my first international race.  At about 9.45 I went down to the start and warmed up whilst waiting to be gridded.  Each rider was introduced to the crowd as they were gridded and as it was my home track I got the loudest cheer.  Then we started, I got a good start and made up several places, although we had to stop at triple trouble due to the number of riders trying to get through.  The pace was fast, which I expected as I was racing some of the best Juniors in the world.  I finished in 28th place out of 35 starters so was pleased with my result.  I was cheered all the way round on every lap by the crowd which made me proud to be racing on my home track for Hadleigh MTB Club. 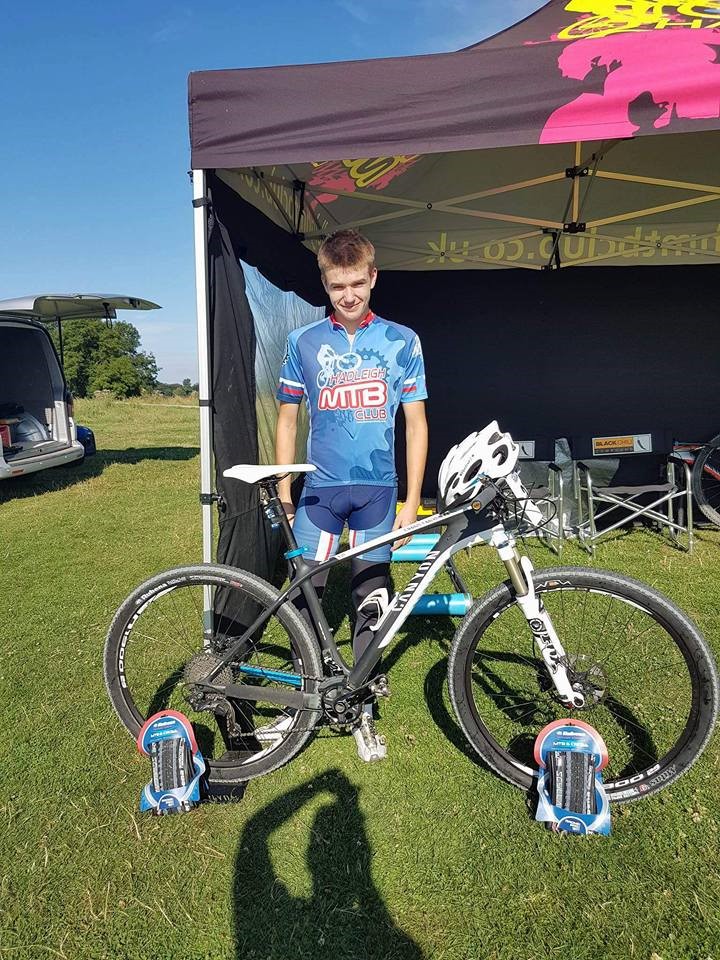 A big thank you to all those that came along and cheered me on, all the marshals from Hadleigh MTB Club and also to the club sponsors, Hardnutz Helmets and Mitas Tyres.