I woke up early so I could get to Phoenix bike park for the 2nd round of Mud Sweat and Gears on Sunday 19th March 2017.

By the time we arrived there were already lots of club members in the gazebo (which later nearly blew away because of the wind). I went on a practice lap of the main course with other Hadleigh riders. There were many A and B lines to test our skills. We all took turns in practicing these to make sure we were confident during the race. 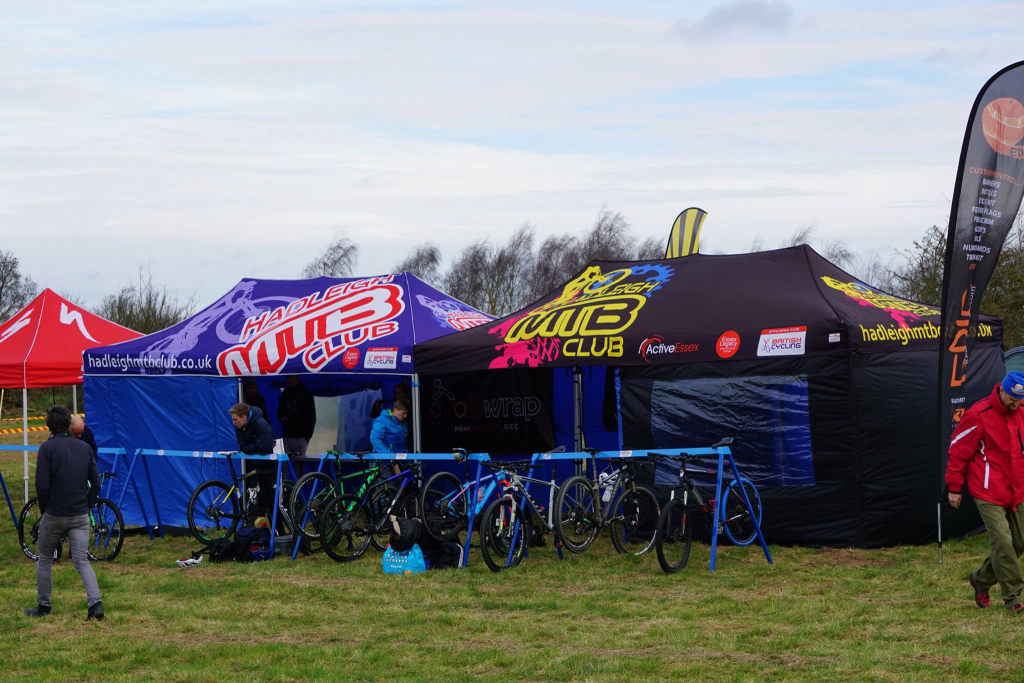 First to race were the Youth, Juvenile, Open and Womens categories. I was watching from the middle of the track and I could see a couple of the A lines. The club had some good results including Sue Wood 3rd in the Vets Womens race and Mark Darley got 4th and Matt Phillips 7th in the Open Male, Joe Champness got 8th in the Youth. 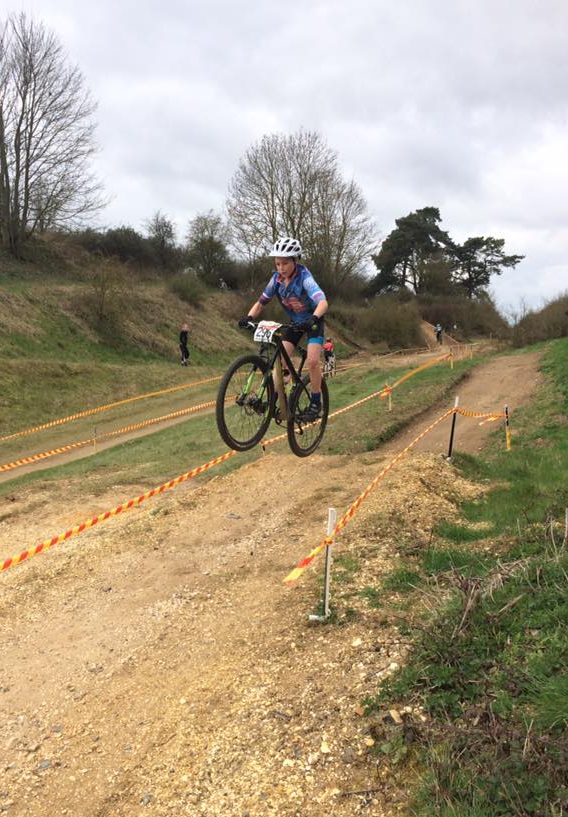 The under 12s course was good – using quite a bit of the adult course. After an ok start, I stuck with a Lee Valley rider, which was helpful on the long straights as it was quite windy. The A lines were not used in my race, but there were some good B lines included. My race also had a little jump which was good fun.  With the wind it was a hard race, but I managed to get past the Lee Valley rider with a sprint to the line, I finished in 14th.

After getting my breath back I had some lunch and then went off to enjoy the pump track with my friends – which was great, a bit like a BMX track. I came back for 2 o’clock to watch the afternoon races where we had Juniors, Vets and Grand Vets racing. Rob Staines got 4th in his race and Paul Champness got 10th in the Grand Vets.