National Round 1 and MS&G Round 3 – Robert Staines

It was not a good start to the weekend of the first National Series race as I came down with a cold and was certainly not feeling at my best to be racing against some of the best riders in the country.  We decided that we would still make the trip to Wales hoping that I would feel better by the time the race came round on the Sunday afternoon.  We packed the car up on Saturday morning and made the 6 hour journey to Pembrey.  We arrived at Pembrey shortly before 4pm and I signed on and picked up my number board and timing chip and got changed ready to do a couple of practice laps. The course was mostly dry with a few slippery and wet patches around. The course had a few steep climbs which were very tricky due to the sandy surface and difficult line choices available. The course was extremely quick and we quickly got round to the three A lines at the end, the first and the third weren’t too technical but the second one was a steep downhill with a slippery, rooty and rutted downhill.

After practice we went to our hotel, had dinner and settled down for a good night’s sleep.  After breakfast we packed up the car and made the short journey back to the course.  I still wasn’t feeling great but after watching some of the elite women’s race I got changed and warmed up for my race.  I was on the second row of the grid and had a good start to the race where bad luck got the better of me this weekend as I got a mechanical on the first lap and broke my drivetrain, it was my first ever mechanical and I was gutted not to finish and also to have such a long walk back. 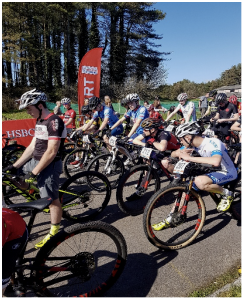 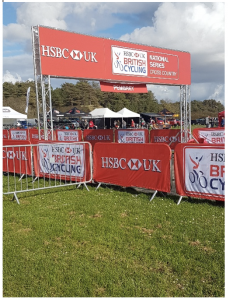 My bike was taken to Cycles UK in Leigh to be fixed and a big thanks to all the staff there who fixed it and got it back to me in time for the race at Henham Park.

The following weekend was the next Mud Sweat and Gears race at Henham Park.  The weather was great, plenty of sunshine and clear blue skies.  We made the 2 hour journey to Henham Park arriving at around 1pm, I got changed ready to head out on a practice lap.  After the practice lap I got on my rollers to warm up and then went to the arena ready for gridding. I had an awful start to the race being stone dead last as I couldn’t get my foot into my pedal. I worked hard to catch up to the lead and quickly overtook them to go on the attack up the hill. I took Jake and James with me. This saw the same lead group for three laps which I struggled to stay in as I still had my cold from Wales and was unable to recover after my attacks. So at the end of the third lap I started to struggle and ended up getting dropped from the lead group but managed to hold third to the finish.

Big thanks to Cyclewrap for keeping my bike protected in the worst conditions with the harsh terrain of Pembrey also making it super easy to clean. Additional thanks to Hardnutz helmets and Mitas tyres for your continued support. Also a big thank you to Cycles UK for the quick turn around needed to fix my bike for the next race. 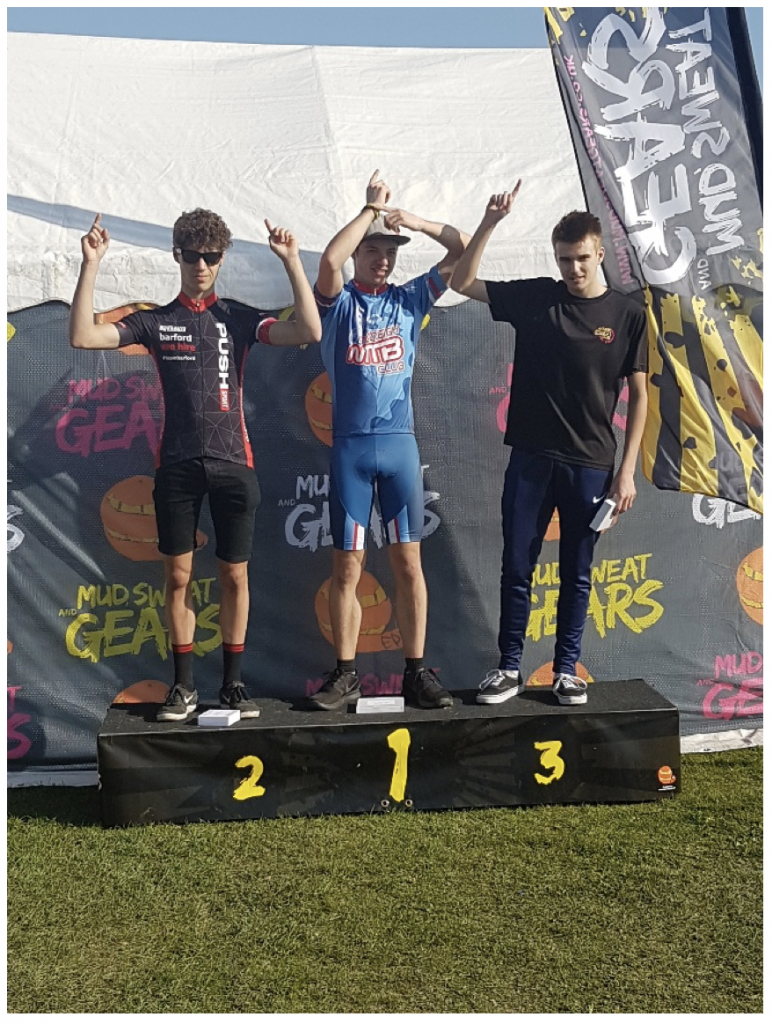