HMTB Rookie squad were in their first race today organised by Travers Bikes. A rare one for me not watching from the side lines and being in the same race. My day started with coaching some of the Rookie squad and some novice riders in their first race. The coaching was just to make sure all riders could get round the course safely and with a bit of confidence. Their race was a 30 minute blast for the winner, 45 minutes for Carl "Dave" Harper and very well timed by HMTB's Mel Bates who was lapped just as the leader finished meaning Mel didn't have to complete another lap. 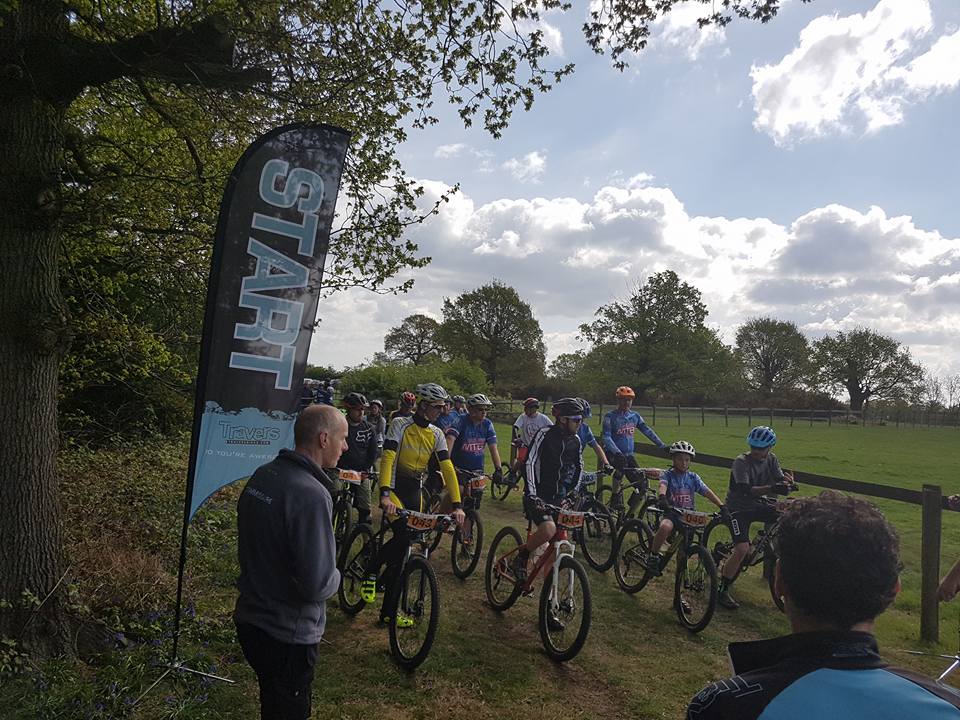 At the end of the novice race I started a controlled sighting lap which meant no one could pass me until I finished the lap to ensure all riders in the first race had finished. I managed to get to the start of my race in time which is quite surprising as I do chat a lot at these local races. I positioned myself towards the back of the grid as I usually do for non league races. Looking around I was one of 4 people on a cyclocross bike the rest were on MTB's or Fat bikes. Many of the non-cyclocross bikers were telling me the Pairs Roubaix was last week and I should get a "proper" bike with the right size tyres. 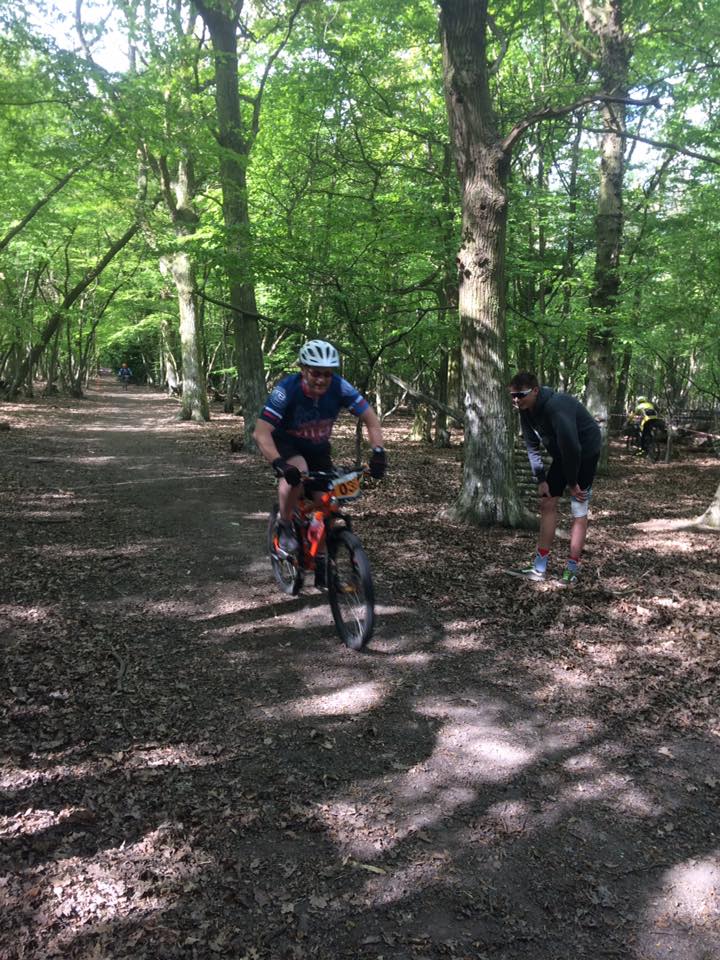 The start at the back was very civil with some banter and I had time to look at the Bluebells on the first lap before I got going. I slowly caught many MTB's and all the cross bikes and took the lead of the cross bikes. In my head I was winning, then in true cyclocross style I went for a dis-mount through one of the bomb holes only to find out the leaves were covering a muddy puddle. I came down in style saving my bike from the mud and allowing the two riders I just passed to pass me. 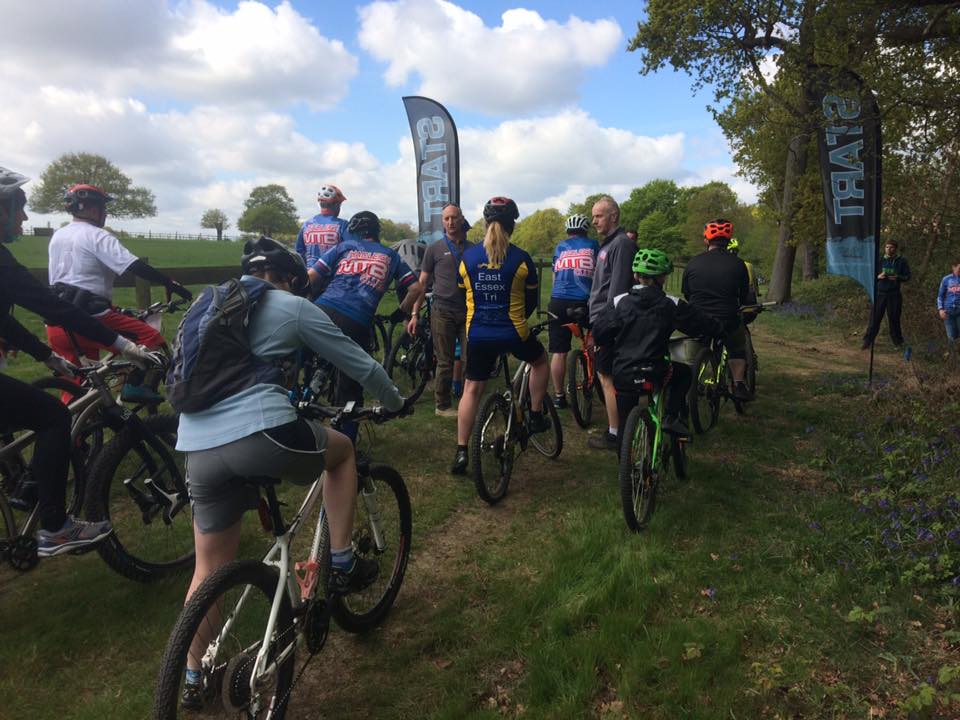 Getting over the shock of fluffing up I regained my position and proceeded to increase the gap over my competitors. Getting to the end of lap 7 I heard "hello Dad" I asked "are you in the lead Jake" he said "yes, a lap ahead of you old man" I allowed him to pass just before the finish so I could get my cake earlier from Jay Rodgers. I'm now looking forward watching the Rookie squad race MS&G at Hadleigh Park in June. Things are looking good for the future of HMTB Race Teams and Squads, I am proud to be part of it and you could be part of it too.