With only a day’s rest since the Potash Spring Classic, Tuesday evening saw many of the HMTBC team return to the same venue for the opening round of the Travers Bikes ESES race series. Always an eagerly contested series, the first race was the night race where the start is in the late evening and the light fades away leaving the racers to battle it out into the darkness. 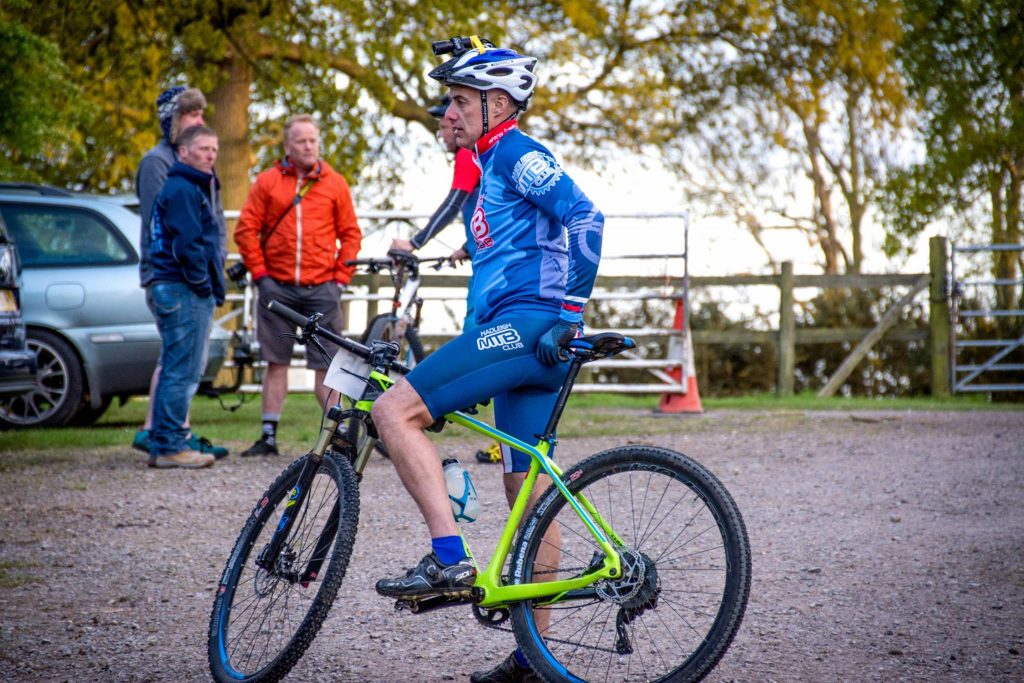 A stong field arrived, albeit minus a couple of key Hadleigh riders whom are saving themselves for the Nationals event this weekend – good luck Guys! After a quick sighting lap to check out the course features (essentially Sundays Spring Classic race in reverse) and we were all good to go. 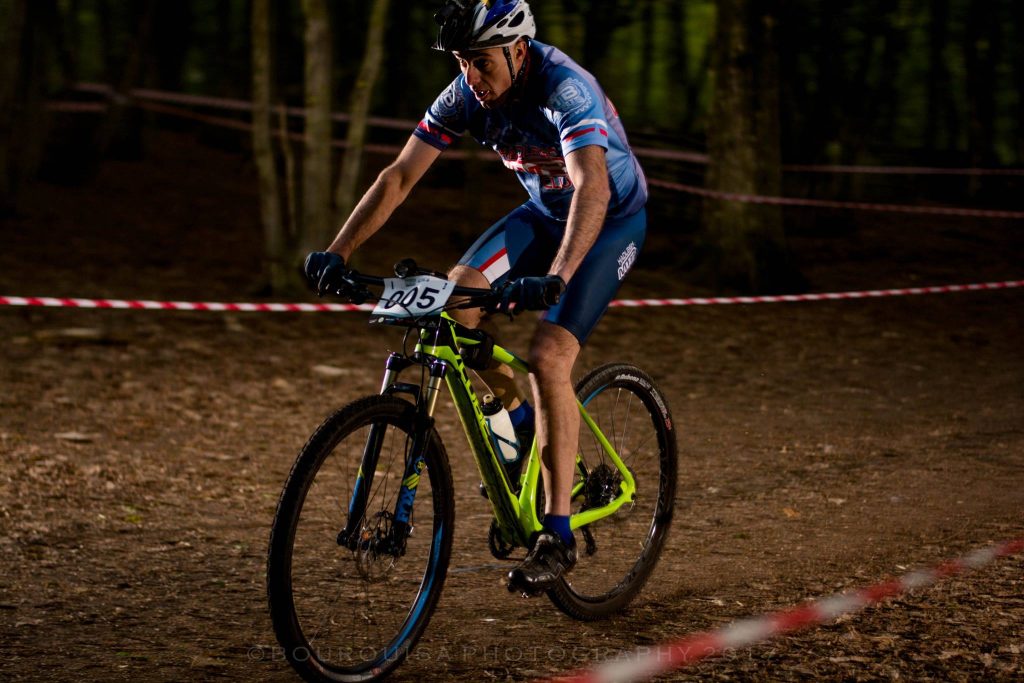 I lined up on the front row of the grid and after the usual expert guidance on race etiquette from our local commissaire, the horn sounded and we were off!

After charging along the open grass stretch I was placed third heading into the twisty singletrack course. The pace was pretty ferocious from the start as the talented Kieron Jarvis was leading the pack with the rest of us struggling to keep up with him. At the start of the second lap I was still holding third place but as I knew I had two fast riders on my tail, decided to change tactics at the second feature by opting for the B line and allowing the two riders behind through over the A. I was now right on their tails as we headed off. Although similarly paced we separated slightly over the coming laps and I found myself on my own, some 10 to 20 seconds behind them. Trying to keep them in sight as the laps ticked by and the light faded, it became increasingly difficult as I was now catching back markers and Youth riders. Everyone looks the same from a distance at night and you can only really identify a rider once you get close enough to get them in your lights. I kept pushing as hard as I could and just when I thought I was catching the rider in front of me it would turn out to be another back marker!

Ahead in the distance I could hear the bell sound for the lead riders so I knew when I next crossed the line it would be the start of my final lap, “last push” I thought to myself. About a third of the way through the lap I thought I caught a flash of the jersey of the guy in 4th. This spurred me on even more as I started to give chase. To my surprise, I caught him up easier than expected and then as he graciously let me past announced that he had ‘bonked’. A quick exchange of sympathy and then with a virtual spring in my step I finished my lap in good shape and in a very happy 4th place.

There were some great rides from the Hadleigh team especially from the Youths with Harrison Darley crossing the line in first place and Joe Champness in second, both showing great form this season. 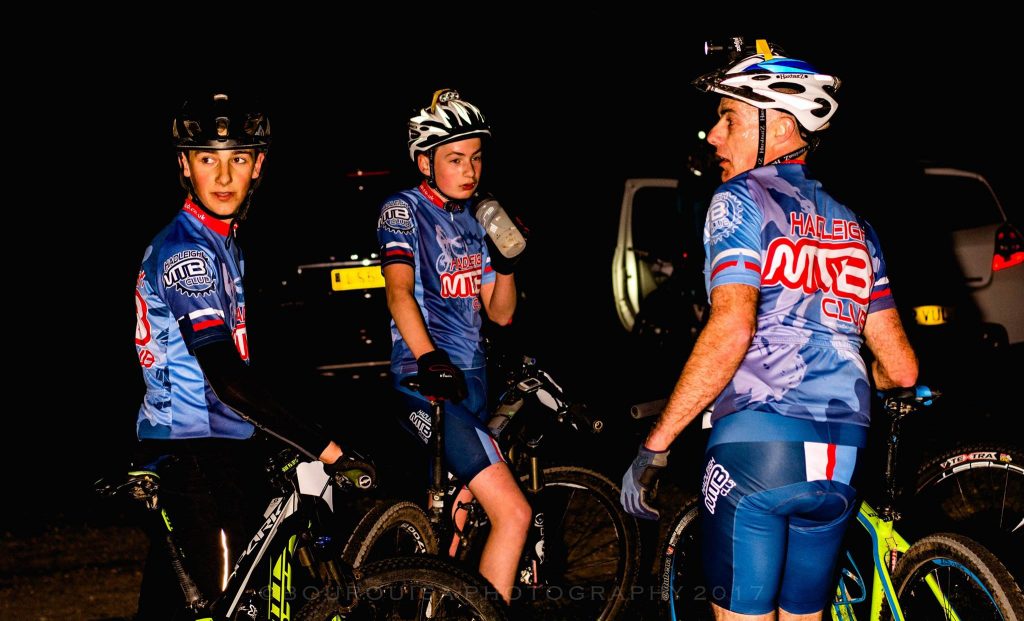 It was also great to see Rookie team members giving it there all, Kudos especially to Alfie Cunniffe who lost his only light towards the end of the race and rode to the finish in the dark! Also Rob Bates for whom this was his first ever race  - nice work!

As always, big thanks to Hardnutz Helmets and Mitas tyres which performed flawlessly throughout my race and also Travers Bikes for putting on yet another great event. 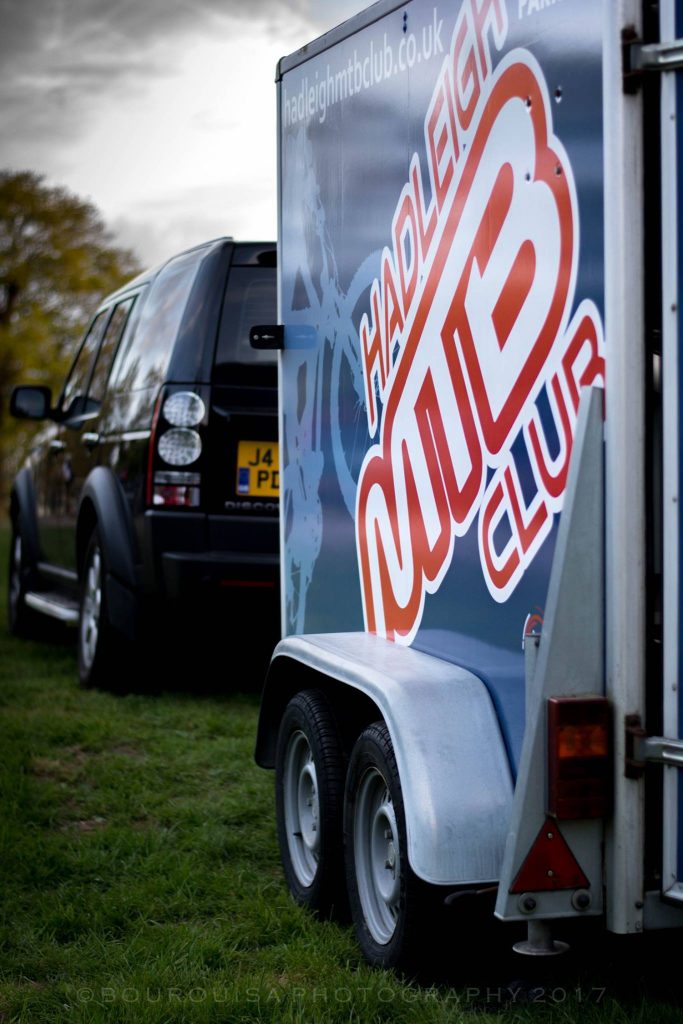