On Saturday 6th May 2017, I raced in the U12’s race of the Hadleigh Park International. There were 18 riders in the U12 category including Max Rethman, Daniel Cavalla and me.  I had tried not to ride my bike as much all morning as our race wasn’t until 12pm, not just to stop dad moaning at me but to try and save some of my energy.

We were doing 5 laps, of those laps I managed 3.  I found the course very challenging. In the race we were up against: Team Darenth; Colchester rovers; and others. Daniel was in front of me on the start line and got a really good start.

As we went up the first hill Max’s chain dropped off and he had to stop and put it back on, he had to do it himself or go all the way round to the tech zone for someone to help which was closer to the end of the lap. As soon as he stopped everyone over took him. As soon as it was back on, he got back on and carried on racing and made it as close to the front as he could. 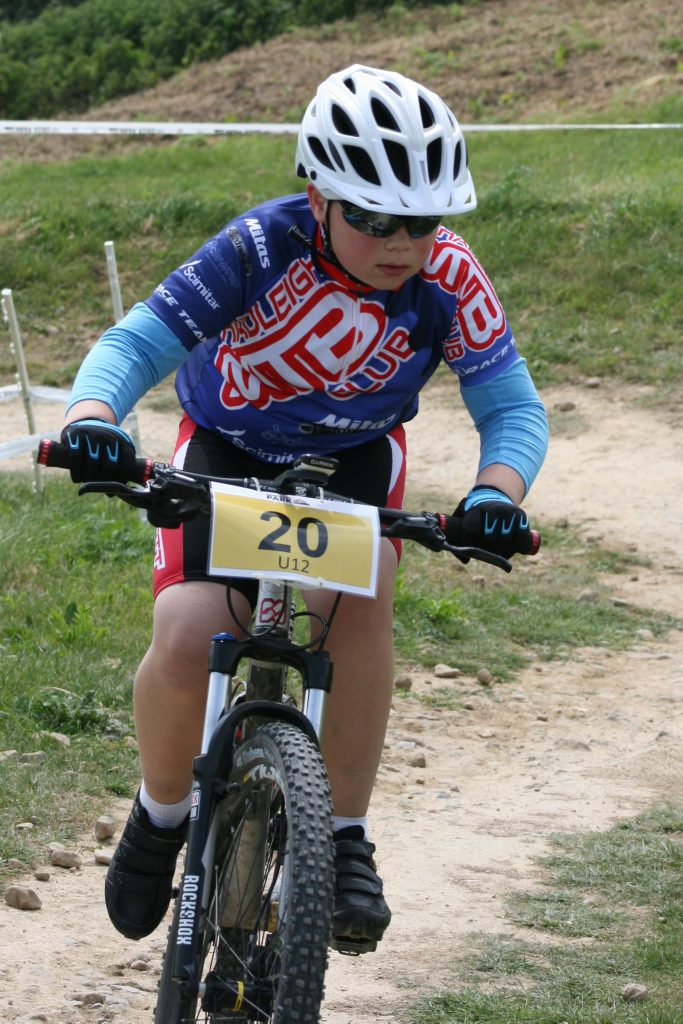 It was a fairly short course but I think that’s because I know Hadleigh, we went up the climb from the start finish straight and along the bottom of triple trouble, before getting to the Gap jump we turned and went through the gate heading up to Oak Tree down the B-Line and back down toward the start finish loop.

The most challenging part was the berms, I like the berms though and the Mitas tyres on my bike grip them so well.  Then the tight turn near Kevin our team manager, better not crash in front of Kevin I thought.

I spent the rest of the day riding on the pump track, skills area and around the track with Daniel while watching the Elite riders practicing in the afternoon.

Thanks to Hardnutz for my brilliant helmet, Mitas for my tyres and Scimitar for our awesome new race tops.

Thanks also to all the marshalls and supporters for shouting for me going round.

The photo of me is credit to Damon Parsons.