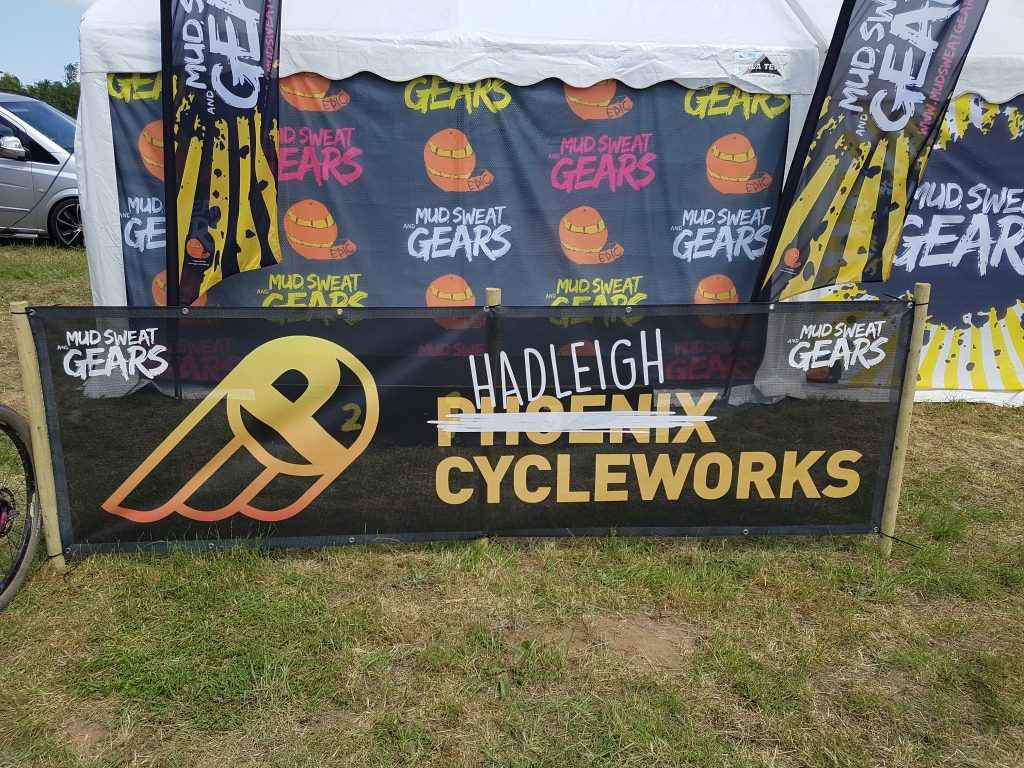 My day started with arriving at Phoniex after carpooling with Jonathon Stanford (fellow rookie team member). After unloading my gear and finishing the HMTBC tents I went straight to sign on, and also helped Jonathon sign on. Once that was done it was time to carry on fueling for the race, for me this consisted of an electrolyte drink and later an energy bar and a gel before gridding. Whilst waiting for the course to open there was time for some general chat to see how everyone was and how they were feeling. 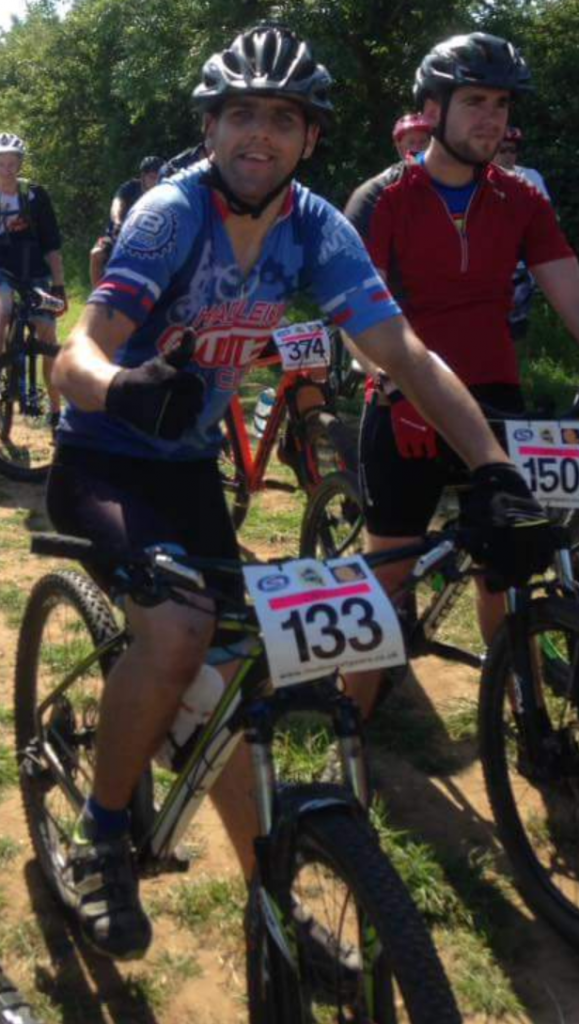 Before long the green flag was up and it was time for practice. I went out with Michael, who had been here previously, as this was my first time. As we went round I quickly realised it was going to be a bumpy, dusty and hot race, although it was early the sun was already bearing down on us and I could already feel the heat. I had been told earlier in the week by fellow members that I would be fine on the course and would be able to do the A-lines fine. When coming up to them I was a little anxious but, as I took them on, I found them all fine and was confident even under race conditions I would be fine going down them. After doing a lap and feeling happy with the course it was back to the tent to try and relax before the race.

09:45 came and it was time to go down to gridding. I got down there a bit quick which was good as it gave me time to get my starting gear sorted and have a couple of short sprints. We lined up and I suddenly realised that it was a massive field of riders, the biggest I had ever been part of and wondered if I had set my target too high. I shook my head and pushed the thought out, must keep positive. Once lined up we saw the girls and the youth male groups shoot off, that meant we were next. They moved us all up due to the size of our group and the shout of "anytime in the next 30 seconds" was heard.

I tried to focus whilst I waited for the whistle, then there it was and we were off. I had picked a good gear and got off well, but by the end of the first corner I was almost blind from all the dust and it seemed to take forever before I could see again. Everyone was bunched up like usual but I knew there was a long straight coming up so I sat with everyone and waited for my moment. The straight came and I quickly changed into my top gear and gunned it down the straight, taking places one after the other. After that I was feeling good and felt like I had made real progress, but then typically my bike had other ideas and my gears were jumping all over the place. I ended up fighting for quite some time to get them right again but once I did I managed to settle down and race my race. The laps went by and the heat got more and more intense, but luckily the dust settled so at least I could see. The A-lines felt good and I was feeling as good as I could under the conditions. I didn't really have any slip ups throughout the race apart from forgetting I had more gears on a climb than I thought I had, helpfully Bradley Hurr was behind me and reminded me as he saw I was struggling a bit. Also a slight hiccup in the tech zone where I was carrying too much speed and missed my gel. With Ian Webb and the guys in the pit shouting encouragement at me, and Kevin Darragh pushing me to get on the back of people in front and possibly overtake them I was able to push myself to get round and make up some places that I had lost before. 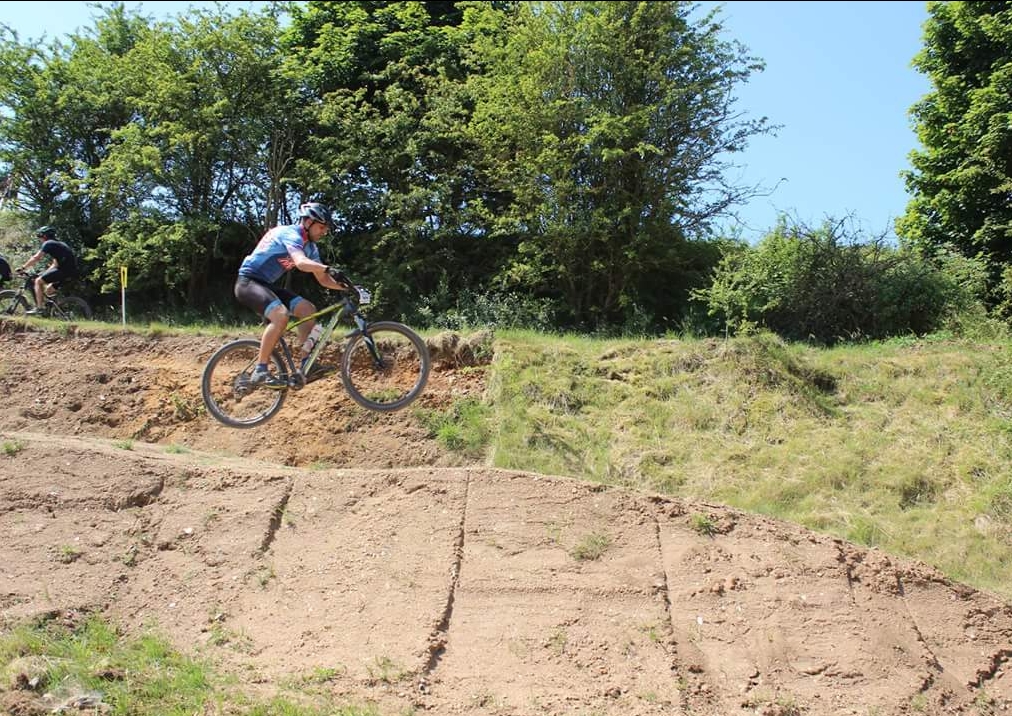 As I got about a quarter of the way round on my 4th lap I suddenly heard the bell go for the leaders to say they were on their final lap. I thought to myself I can't be lapped, I've worked too hard to be lapped now when I'm so close. So I dug in and pushed myself to get the bell before I got lapped. I managed to do so and was massively happy for about 2 seconds before I then realised I had to do another lap in this heat. I carried on and got myself through, and even managed to make up one last place at the end with encouragement from Kevin. I powered down the back straight turned on to the start finish straight and gave it everything I had left so I could finish strongly. 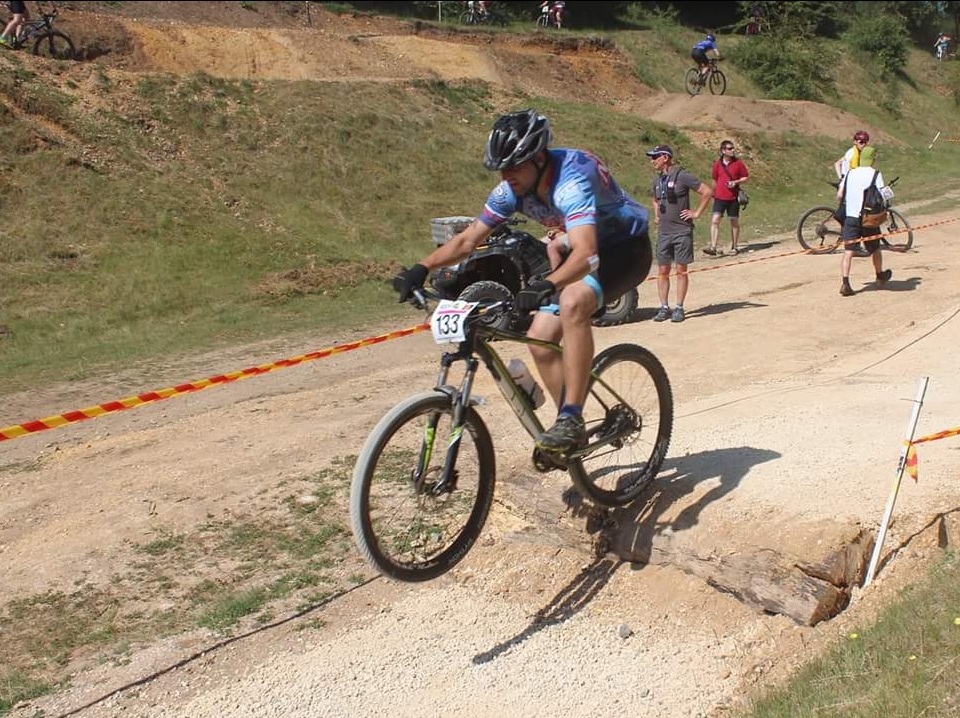 Once back in the tent I cooled off as much as I could and went to find out my result. 40th out of 83 starting riders with consistent lap times. I'm very happy with that. It was a hard race but one I really enjoyed. The features were a lot of fun and seeing so many hadleigh shirts around me was a great feeling.