An early start (how every race day begins) and a nice sunny morning meant a pleasant drive to Aston Hill, the venue for round three of the Pedalhounds endure series. Known more as a downhill venue, it was going to be interesting to see what they had in store course wise. After getting my numberboard, timing chip and a bit of good news (more on that later) I had a couple of hours to go and have a walk of the courses.

The Pedalhounds format is such that no rider is allowed to practice the courses in the morning, meaning it should be a level playing field, at least on the first runs.

The trails were a mix of existing downhill runs and fresh cut sections through the woods, loamy and rooty on the fresh cut stuff, hard pack clay and chalk with lots of roots on the existing stuff. Three stages in total, with the big push up the transition for stage 2 and 3 and a slightly tamer slope for the transition from the end of stage 1.

I caught up with some friends I rode with last time out, they had bought a couple of people with them so we had a nice group of five to ride around with.After a quick briefing from Paul Hunt, the series organiser, we rode through the start gantry, got our timing chips activated and pedalled out to stage two, where we would be starting our day. Set off in waves of 30 riders, each wave were sent to a different stage to minimise queuing. We could then approach the stages any order, but had to complete all three before riding one again. Three laps in total. 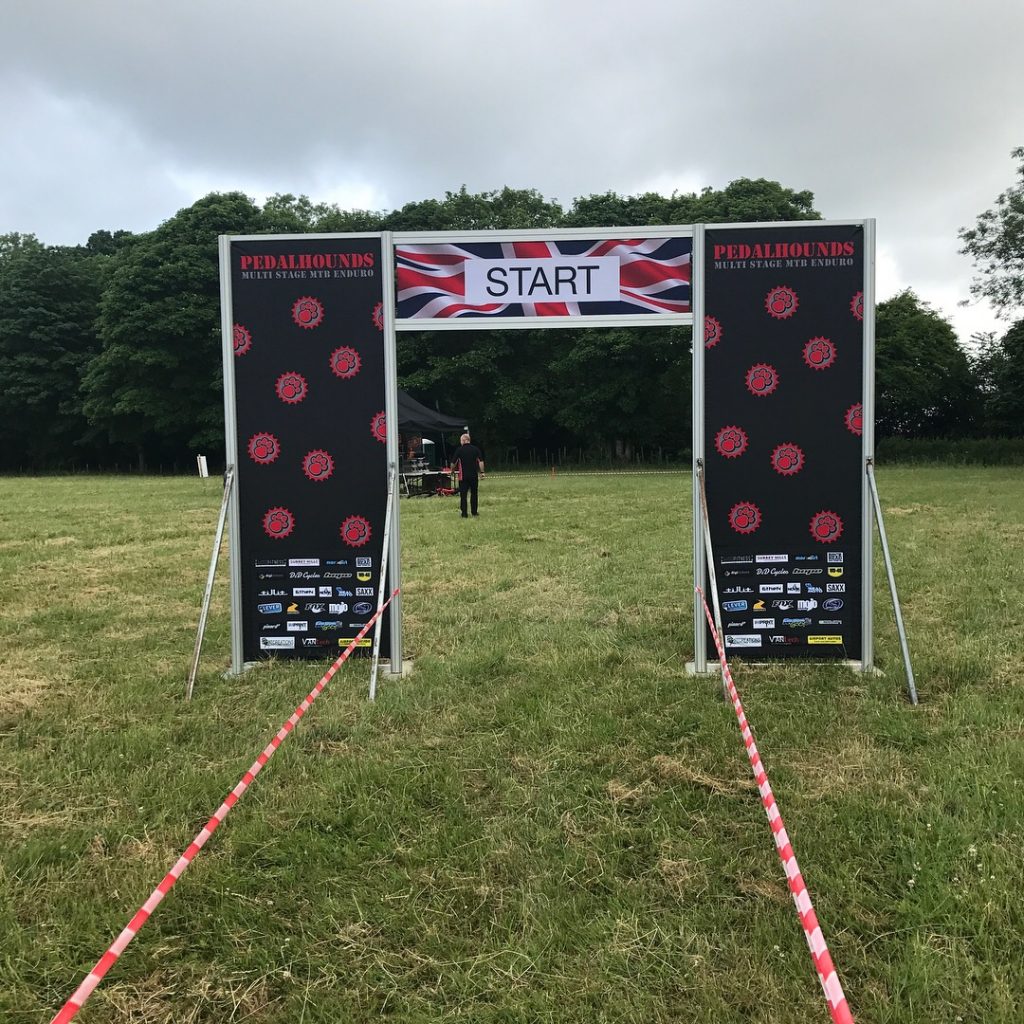 Stage 2 where we started as a mix of fresh cut  trail, part of the existing XC loop then dropping into the lower half of Ricochet. The fresh cut section was reasonably grippy, so I was pushing a decent gear from the gate to get some speed going. Dropping over the fire road out of the looser stuff onto the chute of Ricochet, it got faster and being hard pack it was easy to carry the speed. I made a small mistake coming into a uphill root section into a fast drop and lost the rear and slid out, quick slide on my bum and then back on to get down the last loamy section before a hard sprint to the end of the stage. A few seconds lost, but would get another two shots at the stage later on in the day. 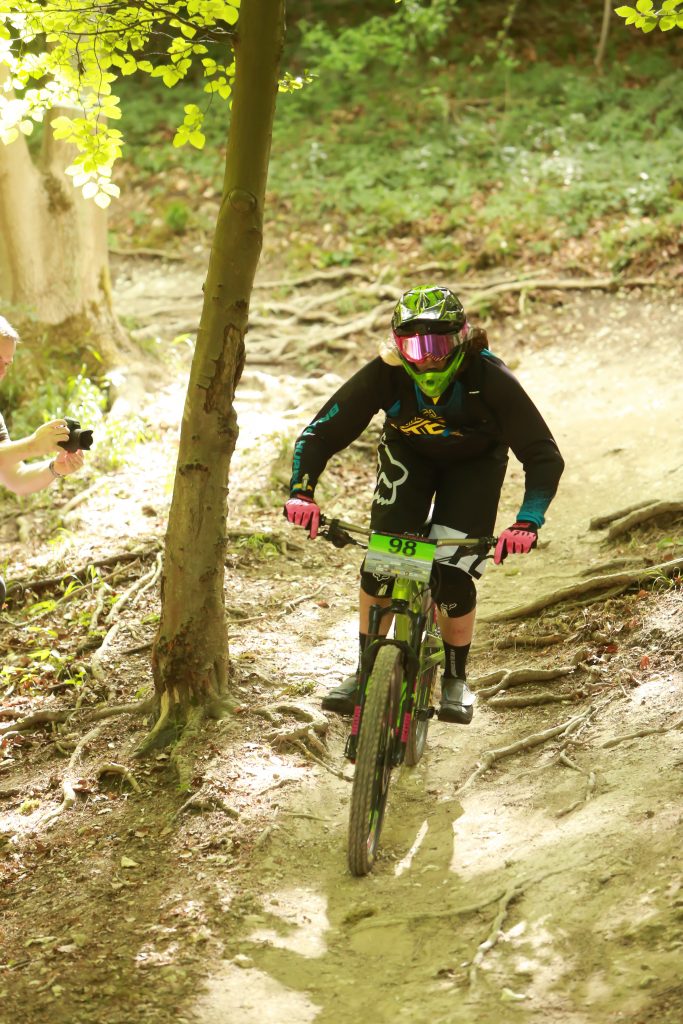 A hard push/ride up the steep and incredibly rooty transition and we lined up for stage 1. The top of this stage was flat, fast and covered in roots. A dip through some trees then a wide open left into a very loose off camber section that steepened up, went tight through three trees then some very tricky switchbacks in very deep, dusty loose pack dirt made for a deceptively technical stage. I was able to push hard on this one, putting plenty of pedal strokes down on the flatter section, and just trying to keep the bike rubber side down through the techy stuff.  A great fun stage.

An easier transition this time around lead to stage 3. This started on fresh cut again, really dusty loose dirt making the corners tough to negotiate, before dropping into a left hand berm on Red Run, another existing trail. A great fun trail, it has some tricky root gardens near the top, before opening out into some superb fast sweeping berms, a fast steeper slope into some tight corners to finish the stage. One of my favourite trails at Aston Hill, and a rewarding track to run fast. 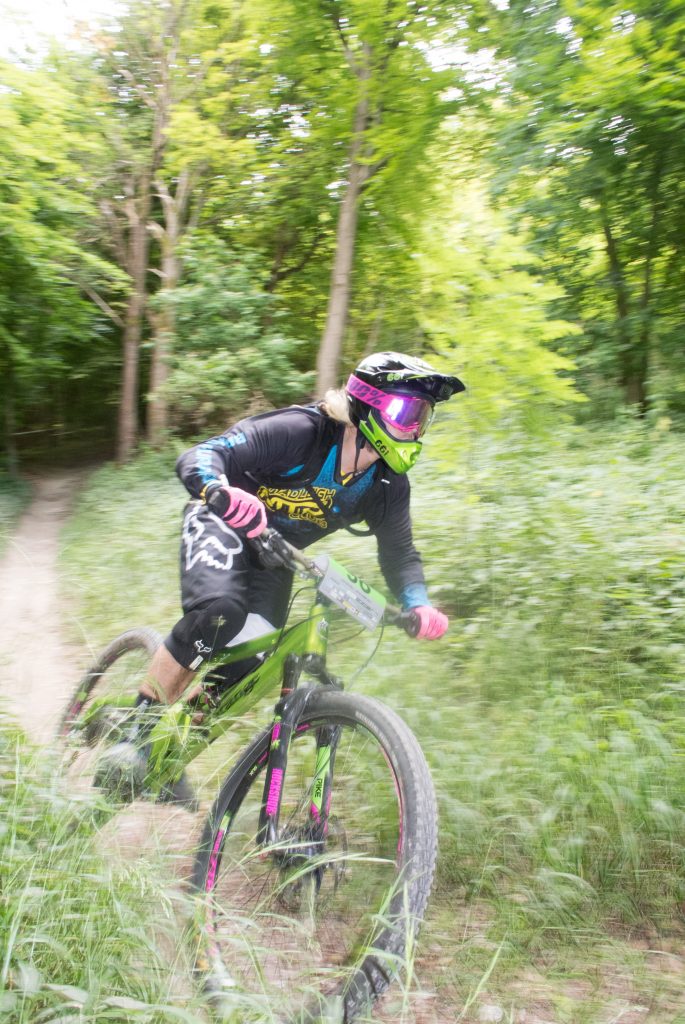 A brief rain shower threatened to change the course of the day, the clay and chalk surface is notoriously slippery when wet, let alone the roots.

The remaining runs went by without so much drama as the first runs, riders getting their eye in and everyone feBig shout out to the guys on a jump on stage 2, with airhorns, cowbells and a lot of noise for every rider coming through making it feel like an EWS round, spurring you to go faster!!!!!

After just under four hours of being out on course, 9 stages complete, we all handed our timing chips in, compared times and waited for the podiums to come.

Oh and the good news I mentioned earlier? Upon registration, I was informed I had won a spot prize. A random selection of entries are given prizes from the sponsors. A nice surprise and definitely a perk of entering this series. I walked away with a couple of pairs of underwear from Saxx and a couple of T-shirts from 6Seven factory racing. 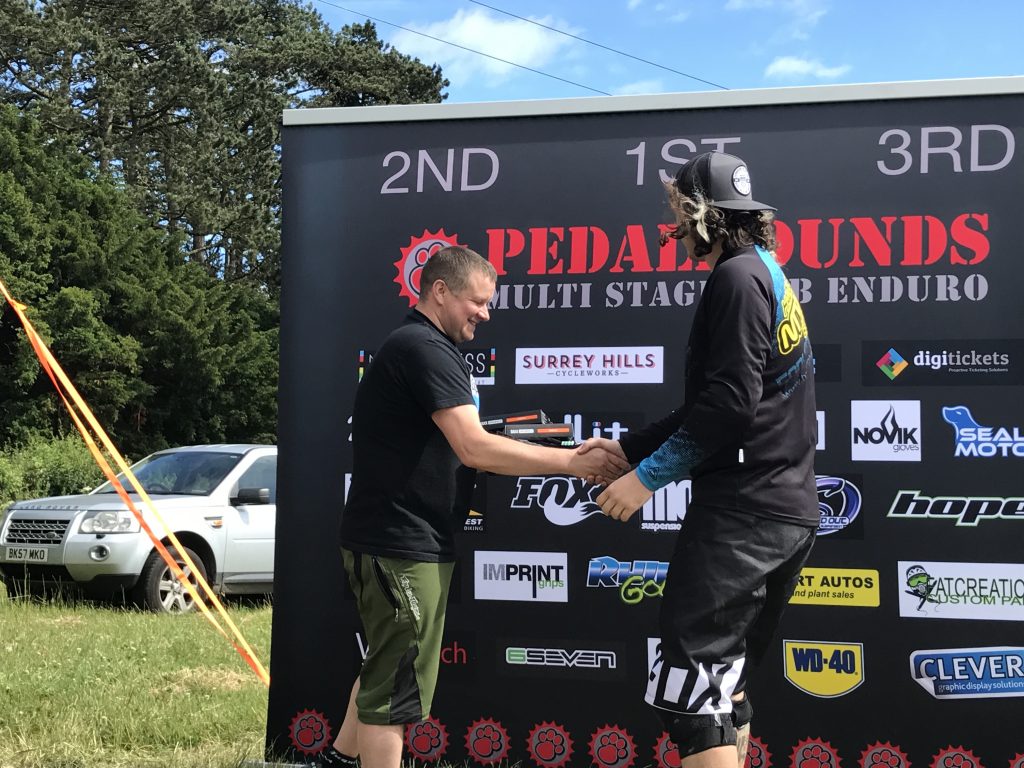 A nice end to a cracking days racing. A series I would encourage anyone to enter as it is friendly and the encouragement from the other riders is brilliant.

More information for the remaining rounds can be found at www.pedalhounds.co.uk 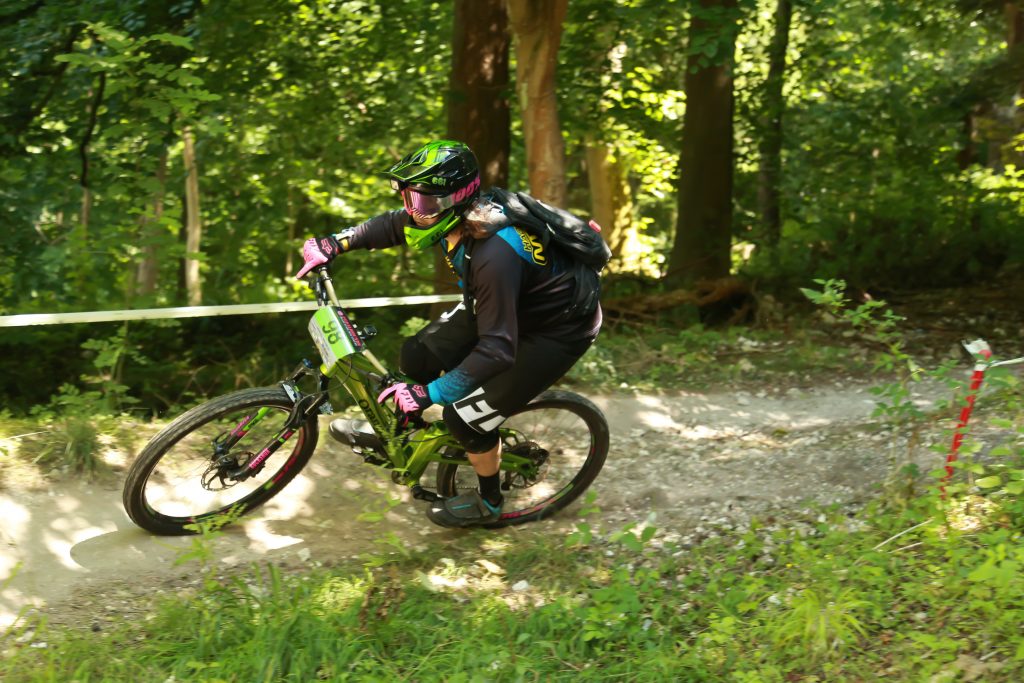 Thanks to the guys from Kings Lynn MTB I was riding with and big thanks to club sponsor Scimitar for the awesome Enduro team jersey.