A tale of 2 Enduros – Brad Hurr 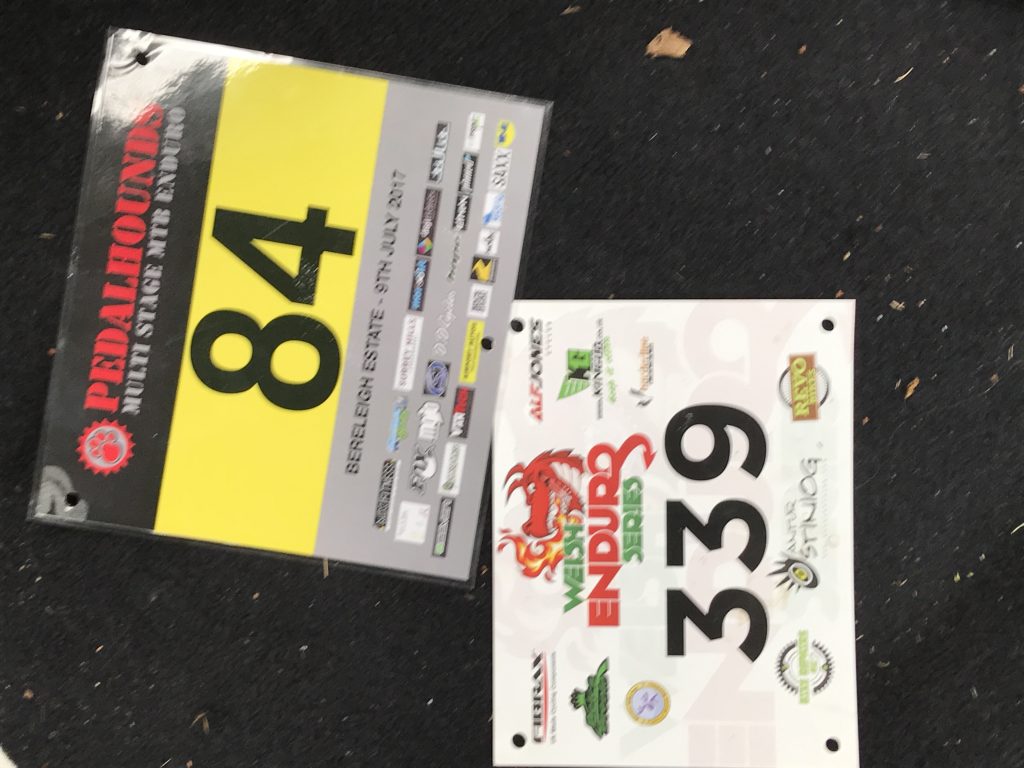 Something in me decided this being my first year of competitive cycling, that I should get out and ride as much as I can. After doing the my first endure a couple of months ago in Wales, I decided it was best to return to the series and carry on, seeing as I enjoyed it so much. 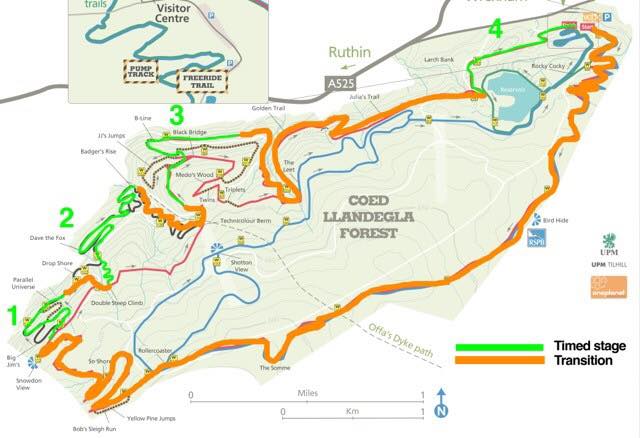 After a slightly damp night camping at the nearby fisheries, it was up at a not so unreasonable hour to drive the short hop up the road to sign in for round 3 of the Welsh Enduro series. Get number board, choose a start time and collect a timing chip to be worn on the wrist and I can trot off and get the bike ready for a pedal around the lap to see what lays in wait. One lap, just shy of about 12miles with 4 timed stages to contend with. Fortunately the weather was on side and the sun had come out to play. A couple of hours spent on the practice spotting lines and seeing what was what then back to refuel for the race lap, swap over to my race jersey and get ready to go. I was set off in our batch of 10, this time riding with a group I had met at the previous round (Enduro is so social) meant there were laughs to be had, encouragement and the occasional haribo being passed around to make it feel less racey.

After a slog up three mile climb, stage 1 was ready to be tackled. Just over 3 minutes long, this was a trail centre type stage, some dusty windy bits through the trees cutting onto the main trail which was hard packed and littered with a good mix of rocks, jumps and braking bumps. Fast and flowy, only interrupted with a few hairpin berms that actually climbed before descending back down. 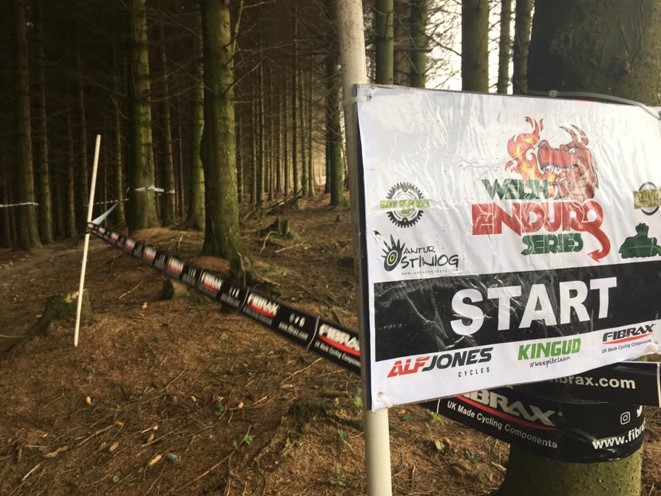 A decent transition to stage 2, which had most people talking back at race HQ, as this was fresh cut in for the event. Very loamy, some evil slippery roots and what can only be described as a mud chute into a rock step into a bridge before opening up into some more loam and roots then joining the trail centres berms and jumps. After some interesting moments on the practice lap I’d decided it would be faster to jump off and run that section before remounting. This worked out to be the toughest stage of the day, a shade over 5minutes and with a fair amount of pedalling involved.

Another long but enjoyable transition taking in some of the north shore sections of the trail and some beautiful views of the welsh countryside we were held at the start of stage 3 as medics cleared a downed rider. This stage started with a flat pedally sprint through ferns into some massive pumpable rollers before cutting across trails into a short descent before having to power up a short climb before sprinting into a fast downhill path that pulled right behind the trees and over the stage finish.

Last transition time, some steep climbs that burnt the legs and wearing a full face helmet also made my head feel like it was boiling in a pot meant the sight of stage four was a welcome one. Time to down the last of the water (vital weight saving) goggles on and pin the last stage, a little under 2minutes in length meant it was a sprint compared to the rest of the days stages. Typically welsh trail centre, so the hands were buzzing from the small rocks and bumps, the arms pumped up from hanging on over the fast doubles and the sight of the finish line signalling the end of a great days racing.

Thanks the Welsh enduro series for a great event and to Scimitar for the race Jersey.

(Misfits jersey was my practice attire) 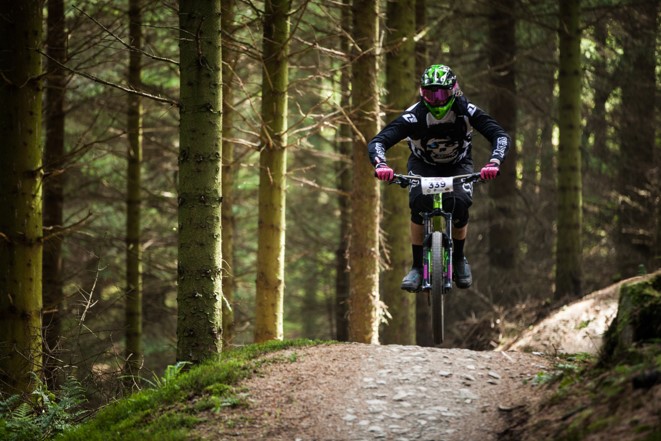 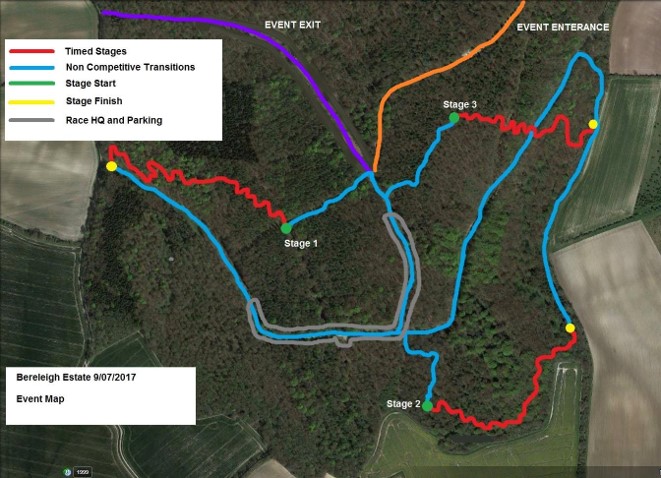 After a night under the stars again, and a much reviving shower, it was time for the second enduro of the weekend. Pedalhounds is a little less hardcore than the welsh series, as far as the courses go owning to the fact that we’re not exactly blessed with steep mountains down in the south of England. Still, Paul Hunt manages to find some awesome venues and cuts some fun, challenging tracks that suit riders of all abilities, getting harder the faster you ride them.

After a quick walk down the courses after sign on, it was obvious they were going to be loose and technical, with the loam being dusty and most of the course being set off camber with a healthy dash of roots to spice it up.

Three stages with a linked transistion stage and three laps to contend with this time and another nice appearance from the sun meant it was going to be a hard slog throughout the day. 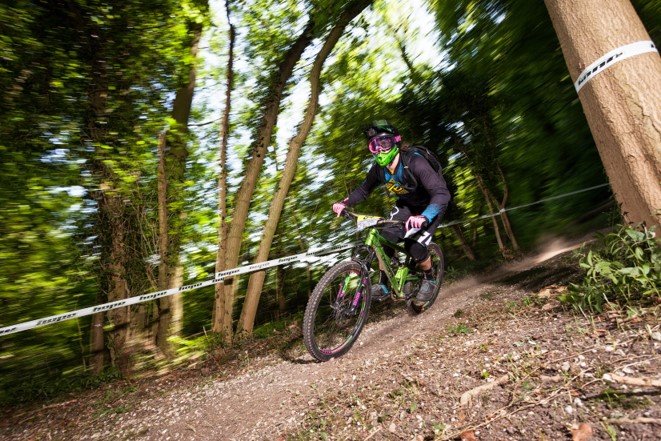 Starting out on stage 2 and riding with the family Repman (fellow MSG racers) I decided to just ride all out. Bad idea for the first run as the ground was ridiculously loose which meant a small collision with a tree as the front washed out on a nice off camber run. No crash but still not the fastest way to negotiate the course.

Stage 3 was taken on in a slightly more restrained manner and trying to apply all the coaching from Kevin Darragh to get round the course was helping but I was still struggling with the lack of grip available.

Stage 1 had possibly the most fun section of the day included. A steep chute taken on the brakes into a right hand turn onto flat then on the pedals hard into the trees again. Doesn’t sound much but nailing this right was so satisfying!!!! The joy with the short stage format and getting three laps meant you could really dial in the lines over the course of the day, something that shows up in the times with around 12 seconds being shaved off from the first run to the last. However, with the time being accumulative it rewards those who can ride fast and blind.

Whatever the case, it was a fun and enjoyable event again, highlights for me being able to speedway slide into off camber turns, probably not the fastest but my god was I having fun getting loose!!! 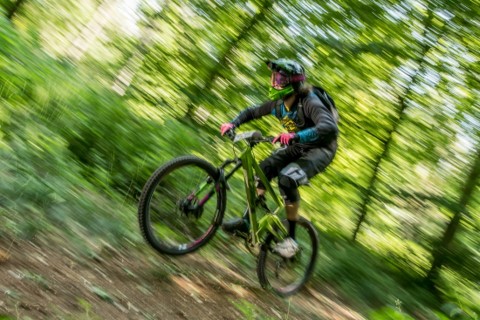 A long weekend of racing, but so much fun and riding with some good people makes it even more enjoyable. 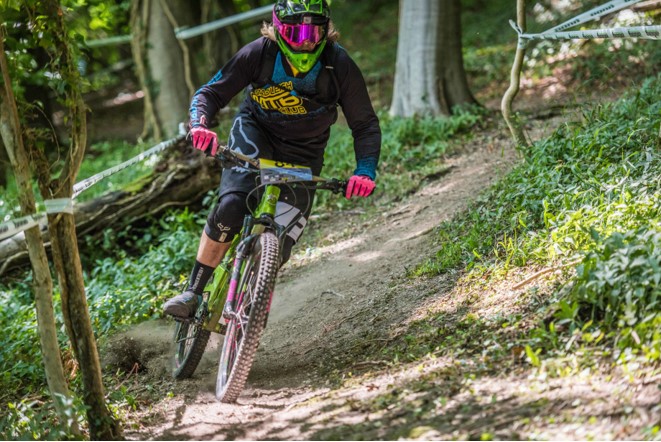 Thanks again to Paul Hunt (pedalhounds) for organising a great event and to club sponsor Scimitar for the killer race jersey.