It was Sunday 16th July and the next round of Mud Sweat and Gears.  We arrived at the venue, Hintlesham in Suffolk around 11.30 it was a very warm day compared to last year which was very wet.  After signing on I got changed and prepared to go out on a practice lap.  The course was good and the lap was fast.  After my practice lap I warmed up on my rollers and headed to the start line and waited to be gridded.

After all the categories were gridded we were set off with the Elite/Expert category.  I got a good start and was in a group of 3 at the front with Jake Darragh and James Pickering.  We were together and worked together for 4 laps, on the 5th lap Jake and I dropped James and stayed together until towards the end of the 6th lap.  I know that Jake is strong on the flat because of his time trial prowess so I decided to attack on the uphill sections which I did at the end of the 6th lap, I made a small gap to Jake and then made a further attack during the lap, Jake couldn’t catch up with me and I came home first with Jake 22 seconds behind me in second and James came in third.  It started raining on the last lap which made the fast sections a bit slippery.  I was really pleased with my result, my first win of the season and on a course that did not suit my riding style.  My training was geared to the Nationals the following weekend but this race gave me the opportunity to try something new with my fuelling which seemed to work for me. 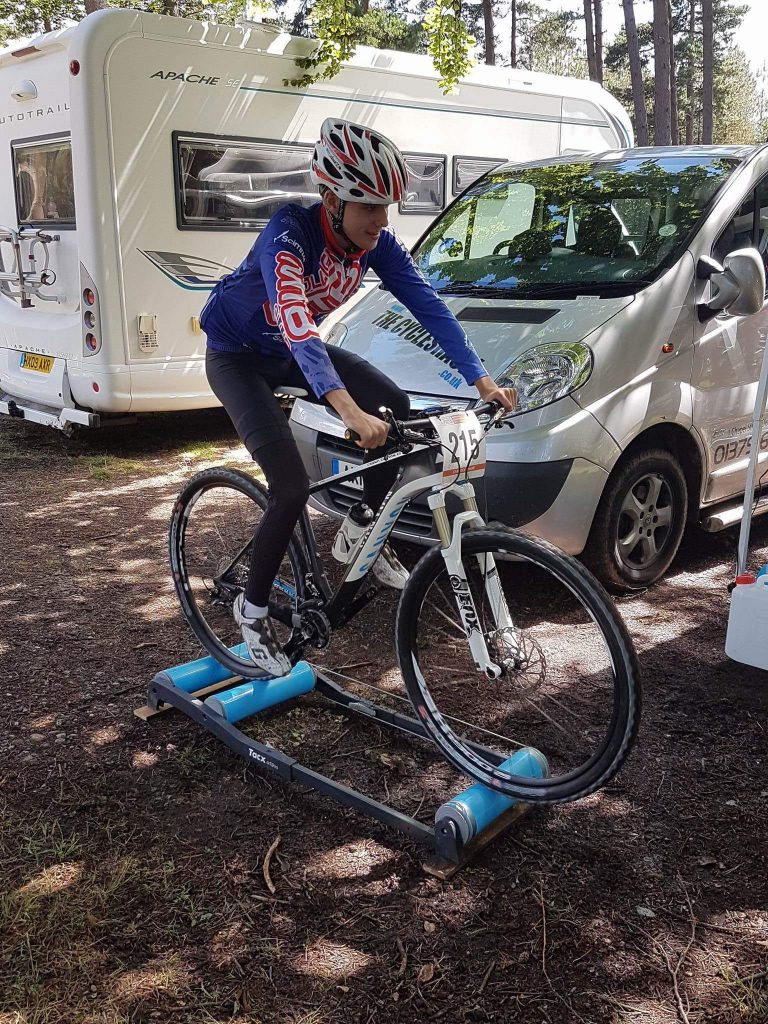 The following weekend was the National Championships at Cannock Chase, wow what a difference in the weather from the weekend before at Hintlesham.  Although this is my 4th season of racing it was the first time I had been able to compete in the National Championships, I missed the previous 2 years due to injury in 2015 and exams in 2016.  We made an early start on Sunday morning getting up at 3am so that I could have time to get in a practice lap early.

The weather was not good, it had rained all Saturday night and was raining when we arrived.  We met up and spoke to Iain who had ridden a practice lap on Saturday and he gave me some good information on the how the course was riding.  Due to the conditions I decided to use Mitas Hyperion tyres as I thought I would need the extra grip so we changed my wheels.  I got changed, signed on and went out on a practice lap.  The course was good, muddy in places, the rock garden was slippery and the Hyperions worked well on the features that had claimed many riders in the past.  I was hoping that the weather would improve and dry out the course.  After my practice lap my Dad cleaned my bike and I got changed.  We spent some time whilst waiting for my race talking to friends and watching some of the other races cheering on my fellow team mate and the OMX Pro team riders.  The weather improved and the sun was shining, I could tell from the amount of mud decreasing on the riders in the race before mine that the conditions had improved although the BC commissaries felt the course was getting slower. 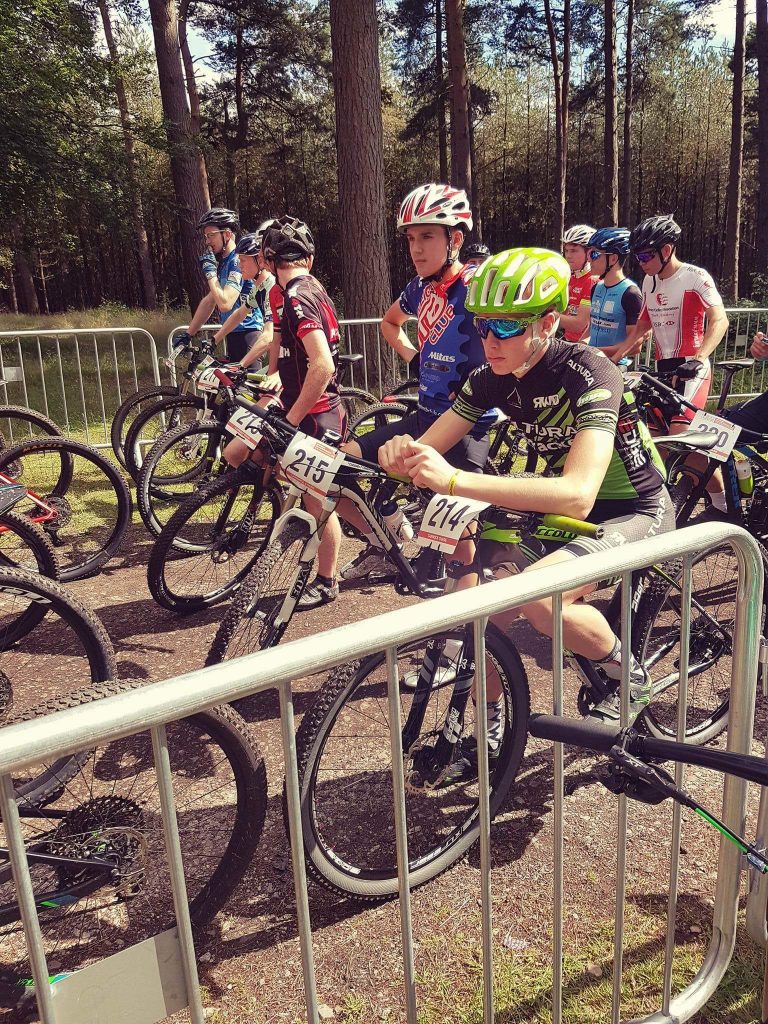 It was then time to get changed and warm up.  I teamed up with fellow Eastern region riders Kieran Jarvis and Travis Pell to warm up on our rollers.  I then went to the start to be gridded.  The field in my category was very strong and included Tom Pidcock, Cyclocross World Champion and National Circuit champion along with 2nd and 3rd in the World Cyclocross Championships and most of the top 20 in the current National rankings.  There were 3 categories in my race, Elites, Under 23’s and my category, Juniors.  Elites were set off first, then under 23’s and finally Juniors.  My start was good but not as good as I had hoped, not sure what went wrong but will analyse it for the next race.  The course had improved and had started to dry, then it started to rain.  It was a short heavy shower and didn’t make too much of a difference to the course but was happy with my tyre choice.  I finished 18th and was very pleased with my result in such a strong field.

I really feel that my training is paying off and I am making big improvements, a big thanks to my coach, Loose Cannon’s conditioning.  I would also like to say thanks to all the club sponsors, Mitas, Hardnutz, Scimitar and Cyclewrap.