Wow, that was tough, huge kudos to the guys who did the main event on Saturday.  The Intro was the last three stages (4, 5 and 6) of the full Ardrock but not half the distance 30km against 45km.

An early start on Sunday to register and get our number boards and timing chips, our start time was 8am. A bit of early morning drizzle cleared and we were on the road, not much more than 200 yards in a right turn led the way to the first climb of the day, the push up began.  From road to single track to slippy mud and peat bogs the transition to the first stage was long and tough going, it soon became apparent that six weeks off the bike with a chest infection and just a week of mainly downhill in Morzine was not ideal prep for the Yorkshire Dales.

Three hours or so later of riding, hiking and heavy breathing we reached our first stage (stage 4).

Stage 4 was rocky with some scary descents I was thinking don't look at the big rocks, hold your line and this is going to hurt if it goes wrong.  I got through the stage with just one little push up a steep incline I didn't quite carry enough speed into or “pedal pedal pedal” like the marshal shouted.  Stage clear I sat at the end waiting for Dave who I passed and Fiona to come in.  From the chat the consensus seemed this was the most technical stage we had to do. 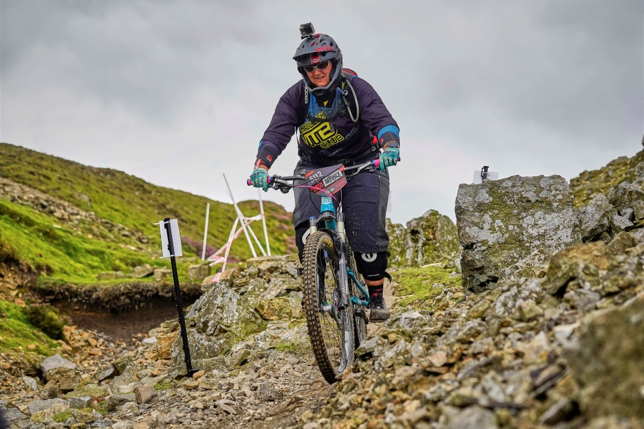 Onwards to stage 5 via a stream crossing and hike-a-bike, ups, downs and more peat bogs fortunately this transition wasn't as long as the first, speaking to the marshal at the stage start I was told people were enjoying it and it was fast and flowy. 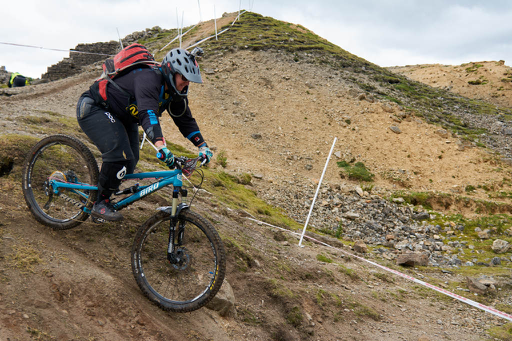 Off I went it was completely different from stage 4 it flowed nice up and down with some little drops, some features were marked with caution signs and I nearly got caught out on one, a drop still rollable but not what I expected, bum met rear tyre rubber on that one! 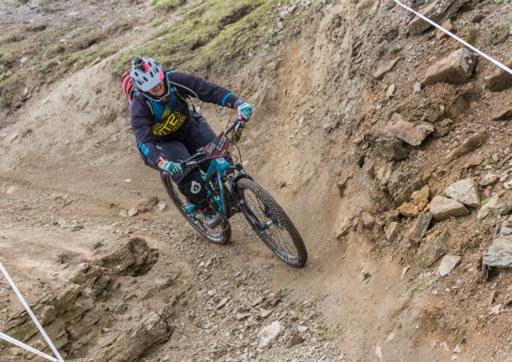 Two down one to go, the shortest transition but by no means a walk in the park, we reached the top of stage 6, the final stage and could see the event village below, the stage start went through a stone wall and disappeared.  The top of stage was tricky not as steep as previous stages but with fallen stone walls and loose placed rocks and some off camber I found it the hardest stage. Across off camber grass through fallen stone walls, a final grass bank with lots of spectators shouting encouragement as I blasted through the final wall to the finish. 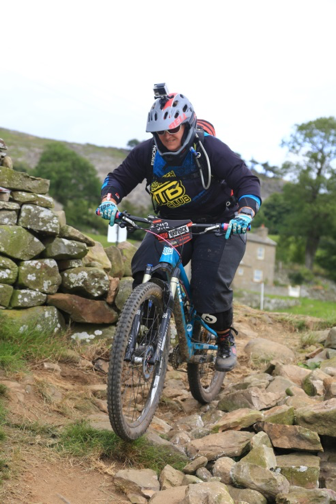 I was happy enough with my 11th place overall in my category, with 9th on my favourite stage 5 and 13th on stage 6 needs to work on those rocks.  A great experience and at some points I didn't think I would make it through, although with time to reflect on the day, it's when can I sign up for next year – intro again or full distance!