I’d noticed at the last minute that the final round of the National XC Series was taking place in Builth Wells, Wales at the weekend and I just had to go and see what the experience would be like.   This meant driving the 240 miles on Saturday morning to join to Open race that afternoon.  My goal was simply to honour the race and gain experience, without putting any extra pressure on myself.

A solid bout of rain greeted me upon arrival an hour before the race; churned mud and grit interfered with my bike and it was extremely hard at this point not to lose all morale.  Practicing the course was tricky in those conditions, so most of it would be discovered during the race.  I composed myself at the start line with goal to complete a lap and take it from there. 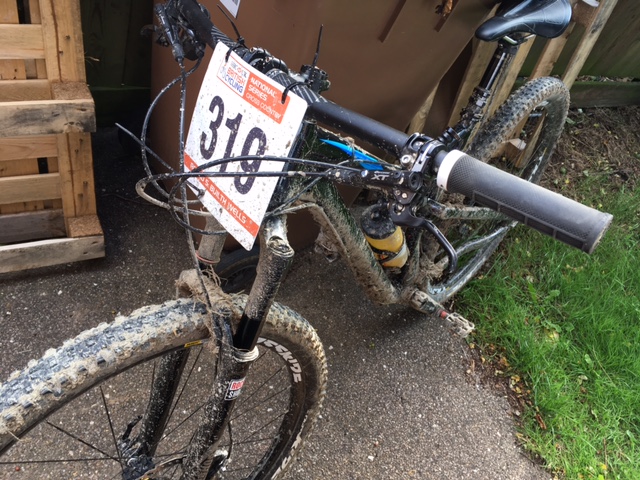 The start was well organised with 11 or so entrants in the Open race.  This compact field and a wide meant a good solid start with the pack staying nicely together.  About minute or two later the track narrowed into a slippery, waterlogged section.  It was hard to maintain speed with lessening grip and thick mud clogging up everyone’s bikes.

Riding up some of the steep, off camber sections was futile in places and running with the bike was the much faster option.  Some parts of the course turned into a kind of scramble where we were running and climbing while holding our bikes, which was probably the fastest strategy given the conditions.

There were some more open, progressive climbs with good grip and a wide cornering lines which could be attacked with gusto.

Using the dropper seat post helped with a low stance on the bike, lending stability for negotiating down some of the tricky, steep descents.  Great concentration and a lightness of touch was also to stay upright on the unforgiving wet terrain. 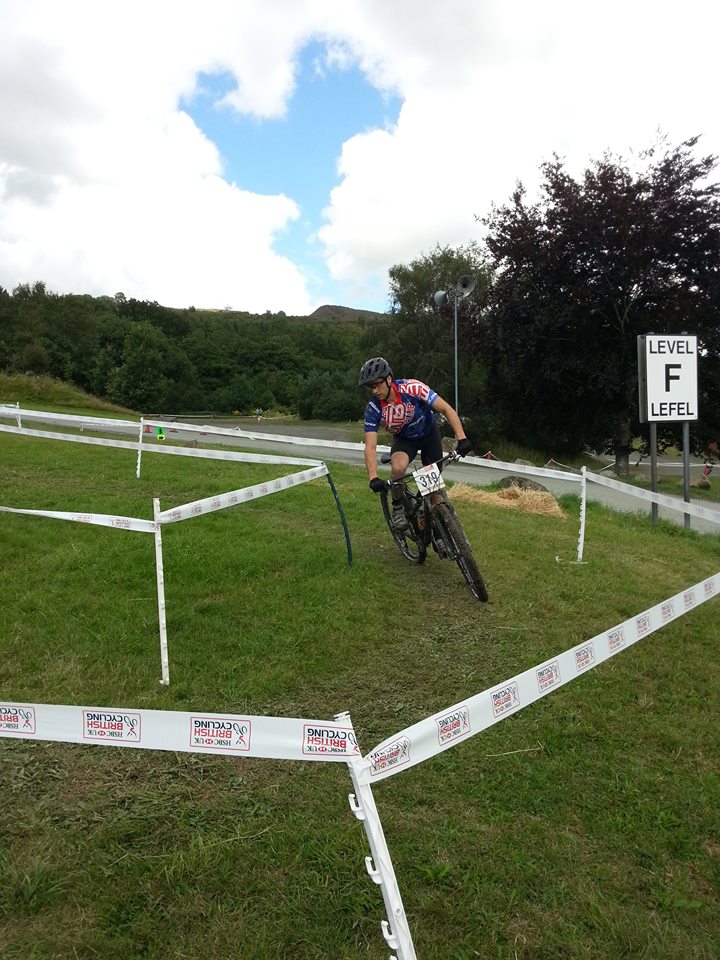 The A-lines on the course included a gap jump, a downhill drop-off and a length of tree trunk on its side.  The longer B-lines were easy, low-skill alternatives.

I was elated passing through the finish line around an hour later, buoyed by the welcoming enthusiasm of the commissures and spectators from all corners of the nation.  I knew it wasn’t going to be my perfect race, but I did what I came to do, and now I can’t wait to do it again!

I would recommend entering a national event even if you are new to racing; the course design is very welcoming with its A and B line choices while there were far fewer riders in the open category than at the regional events.