Having heard great reports about this bike event, I was up for giving it a go.  So making up a team of two with fellow racer Matt Phillips we entered!

Having never done a 6 hour race before, I was a little apprehensive, but with some advice I was looking forward to it.  The weather a few days before was quite wet, but dried up nicely for the day of the race, making for near perfect conditions.

After arrival and setting up the bike, me and Matt headed out for a little practice to warm up the legs, and to check out the A or B line.  So after this it was time to decide our plan.  We decided on one lap each, and for me to start.

Time to line up and get ready. 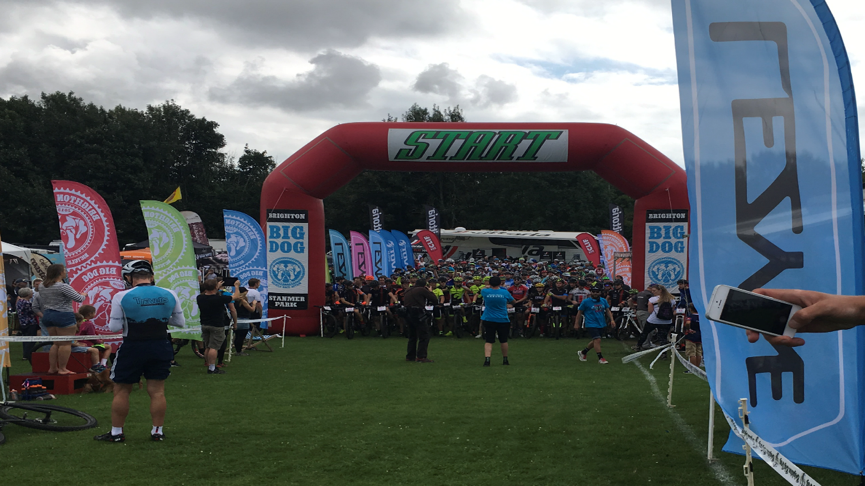 The two compares for the day did a fantastic job on getting everyone ready and the crowd cheering.  Then came the 10 second count down……

And were off…..due to the amount of riders that take part, the first lap was fairly slow to start, including some walking up some steep short climbs.  But the riders soon spread out and I was able to start getting some pace up….

As I entered the arena I spotted Matt waiting in the changeover area, we swapped over the arm band and off he went.  My first lap took roughly 40 minutes, so I knew I had a little time to regain some breath and take a drink…Plus have something to eat!! 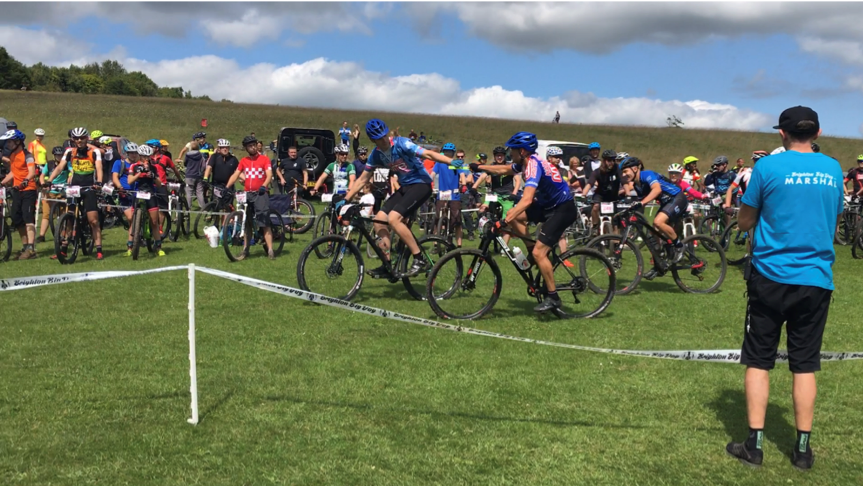 Matt came back in and we swapped back over, time for Matt to grab a drink and rest.  The riders were really spread out at this point, so it was comfortable to maintain a speed, occasionally I was lucky enough to overtake some people!! But then again, some of the faster riders went past me like I was standing still, very impressive as some were on single speed!!!! 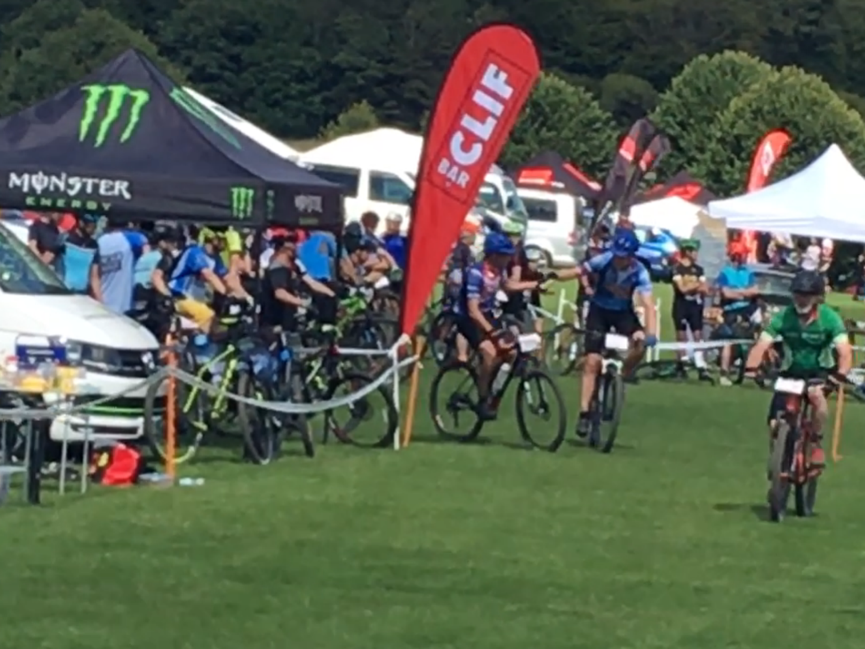 As I approached the arena finishing my third lap, a slight misjudgement with Matt meant I went straight out to do another lap.  This would prove to be a mistake.  I had only ever raced for 1 hour before, so didn’t fuel properly for the whole 6 hours.  I felt ok, but half way through lap four my body had used all the fuel I had and started its shutdown.  When I came to the arena to hand over to Matt, he said he would do two laps to even things up. 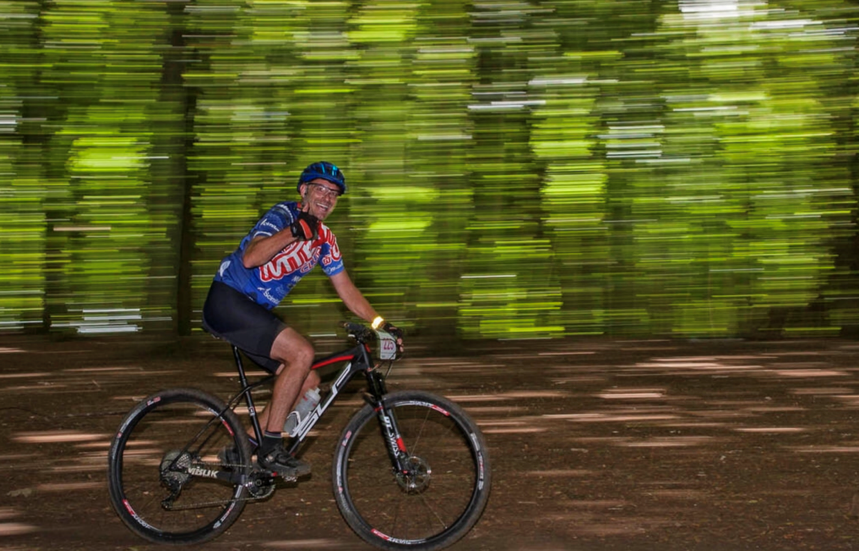 The race organisers finish the race dead on 6pm, so if you finish after 6pm, that lap doesn’t count! So this worked in our favour as Matt finished his fourth lap, there wasn’t enough time for us to do any more.

The lap was 6 miles long, with roughly 1000 feet of climbing.  There were some short technical climbs along with some great single track sections through the woods around the trees.

We had time to relax and watch the rest of the riders come through to the finish.

Some of the riders were finishing strong, with the last one crossing the line with just 2 seconds to go!!

We finished 29th in our class, a result that I was very happy with. There was also some other members of the youth team there, Matthew Darley who finished 6th and Joe Champness who finished an impressive 3rd.  Travers bikes had a team of three who finished 10th in their category.

All in all, this is a fantastic day out, (even better if you can make a weekend of it, and squeeze one or two cheeky beers in after) a very well organised event.

I would like to say thanks for all the awesome club sponsors, hardnutz, scimitar, mitas and cyclewrap.

I would also like to say thanks to Matt Lane from Superior bikes for helping me out with some replacement wheels.

This is an awesome event, and would definitely recommend it.