I arrived bright and early for the last round of the MSG series at Langdon Hills as Kevin had arranged with the race organisers to do a sighting lap with the HMTBC Women's Rookie Race Squad (WRRS) early before it got busy with other riders, I tagged along as I have attending some of the coaching sessions Kevin has been running for the squad getting some tips for doing my own Level 2 MTB coaching course at the end of the month.  Having marshalled at the cyclocross race the day before I had an idea it would be muddy, I decided to change to my spare wheels which had bigger tread Mitas Hyperion on rather than the Mitas Scyllas I have been running all season.  I found my rear spare had gone down overnight since loading the car, no time to find and change tube beforehand I stuck with the Scylla on the rear.  Kevin's advice came into play right from the start, avoid the race line which has developed from the cyclocross it was quite slippy in places, stay to left up the first hill.  We got to the first and only A line, we were only looking at the B line, I had ridden the A line last year but it had been a nice sunny dry day.  Chris Hyde who was also out on the lap with us rode the A line while we checked out the B line which was much longer and really muddy and slippy along the bottom of the trail before it joined back with the A line, Chris fed back that the A line was running well with good grip.  We continued on getting tips along the trail, some sections would be quicker to walk/run, a section Rooty Tooty was going to get interesting as more traffic hit it and there were some sections with good flow and grip.  Back from our lap I did a quick tube change on my spare wheel so I could start the race with a fresh grippy Mitas Hyperion, then to relax and talk some tactics with most of us deciding to take the quicker A line. 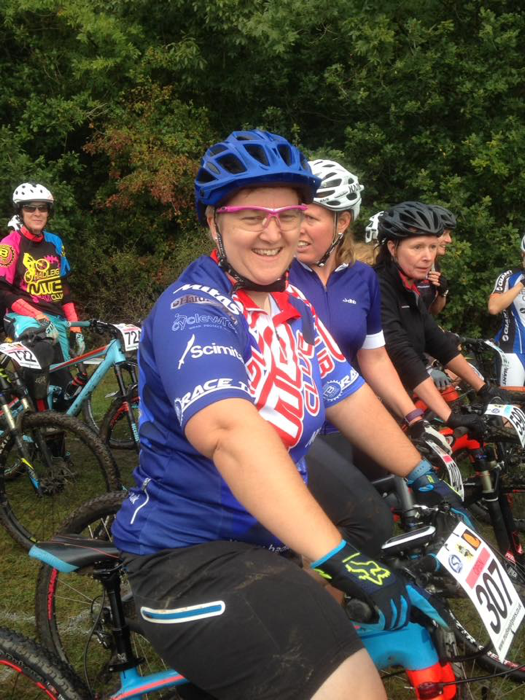 Time for gridding I was gridded in the row ahead of my team mates having a series standing from racing all the series, time for a smile for Kev's grid photo and we were off, Pauline flew past I didn't see her again and Christine took me as well I tried to keep her in my sights.  Lisa passed me on the second climb and I decided to paused at the top at the entrance to the A line to let a group of youth boys through rather than have them hot on my tail.  I cleared the A line no problem it was one of my favourite sessions of the course and carried on with some riding, some pushing and slip sliding along, rooty tooty was interesting I met Lisa negotiating it and pushed on.  Later in the lap I got caught out on a short steep section slipping to the side I landed in some brambles rather than faceplanting a tree I clambered down the small drop to the marshal at the bottom asking if my leg was ok, yeah just bramble scratches and on I went.  Getting encouragement from Kev and Chris out on the course and other team mates and riders really helps you carry on. 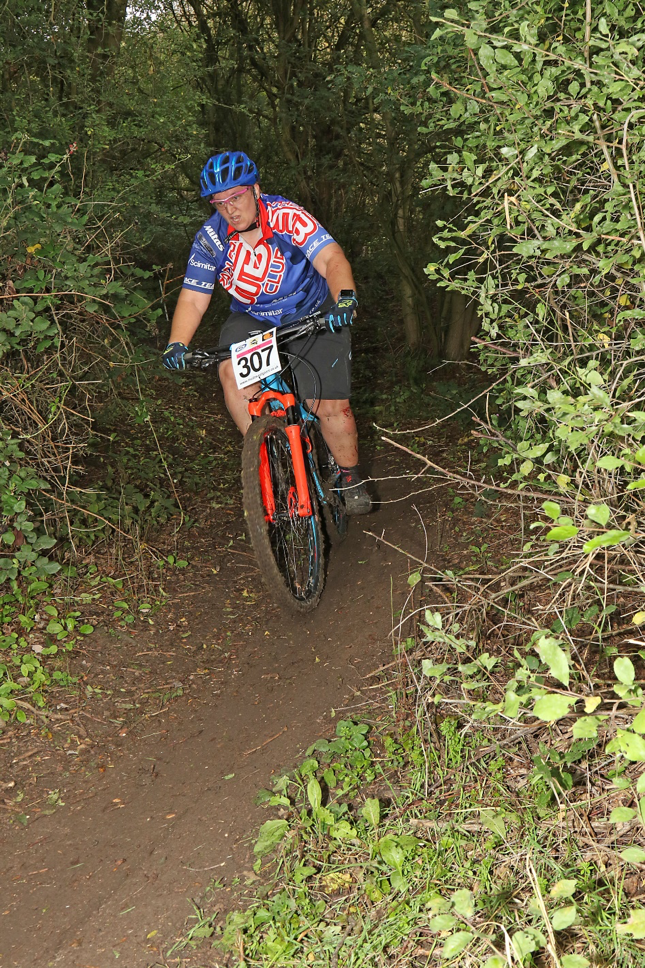 Into the second and last lap I was expecting Lisa to catch me any moment and pushed on trying to catch Christine, seeing Kev on rooty tooty I was told she wasn't far ahead, get in the ready position and just use the rear brake, I went for not quite foot out flat out but foot out stay upright, the rear brake tip helped.  Matt Phillips passed me near the bottom with more shouts of encouragement.  All went well for the remainder of the lap I chickened out and walked the section I had fallen on previously.  Crossing the finish line, I saw my team mates and coaches waiting for me, it's great to be part of a team and a nice change to have more lady team members racing and I'm looking forward to next season with hopefully a full ladies squad.

I was pleased to take second in the series, I may not be the fastest but consistency paid off. 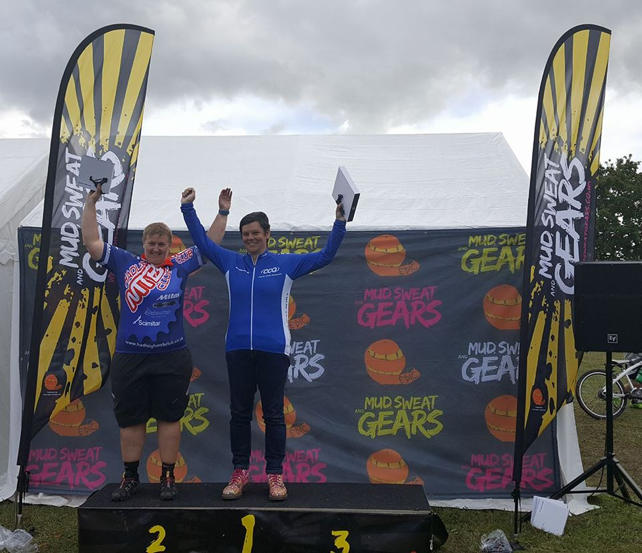 Thanks to Mitas and running tubeless I had a puncture free season and to Hardnutz for keeping me safe and Scimitar for a striking kit and thanks to Cyclewrap after a season of racing my bike still looks like new.